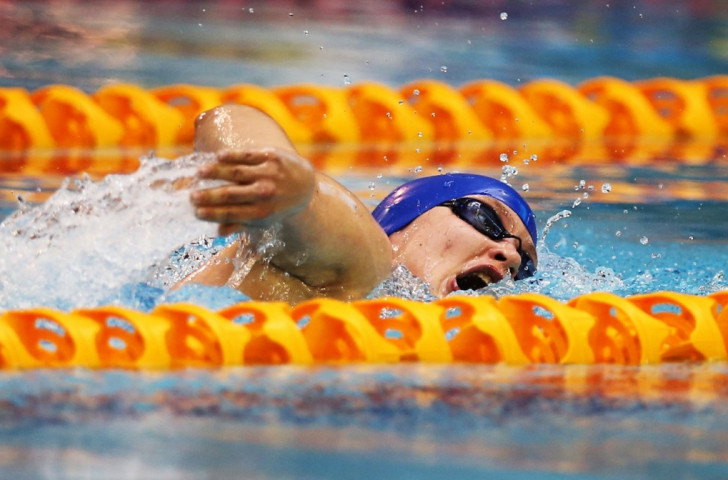 Mereshko, who became the first swimmer to beat Great Britain’s Ellie Simmonds in the S6 400 metres freestyle for seven years on the opening day, proved too strong for the rest of the field in the S6 50m freestyle with a time of 34.14sec.

On another action-packed evening in the Scottish city, the records continued to tumble as American Rebecca Meyers recorded the quickest time in the history of the S13 400m freestyle event, taking gold with a time of 4min 21.66sec.

Australia's Maddison Elliott edged American Jessica Long for the second consecutive World Championships, backing up her 2013 victory by securing gold in the S8 100m freestyle in world record of 1:04.71.

Lekeisha Patterson added to the Australian medal count, clinching the last spot on the podium.

Russia's Denis Tarasov was another athlete to set a world record as he powered to the men’s S8 100m freestyle crown, clocking 55.84, which saw him finish ahead of Chinese Paralympic champion Yinan Wang.

Elsewhere, Belarusian Ihar Boki maintained his monopoly of the men’s S13 classification, clinching his fourth gold with victory in the 400m freestyle in 3:59.48, narrowly in front of Ukraine’s Iaroslav Denysenko, who had to settle for silver, with Dmitriy Horlin winning Uzbekistan’s first medal of the Championships with bronze.

Britain's Andrew Mullen gave the home crowd something to cheer as he won the bronze medal.

New Zealand’s Mary Fisher was able to keep hold of her world title as she extended her lead to 3-1 over closest challenger Daniela Schulte in their ongoing head-to-head battle, clocking a time of 2:52.46 to narrowly beat her German rival.

“It's amazing to be a world champion,” Fisher said.

“I feel in a lot of ways my life is split pre-and post-London [2012] and especially in this 200m individual medley race.

“Whenever I'm racing against Daniela Schulte, she's a real force to be reckoned with.”