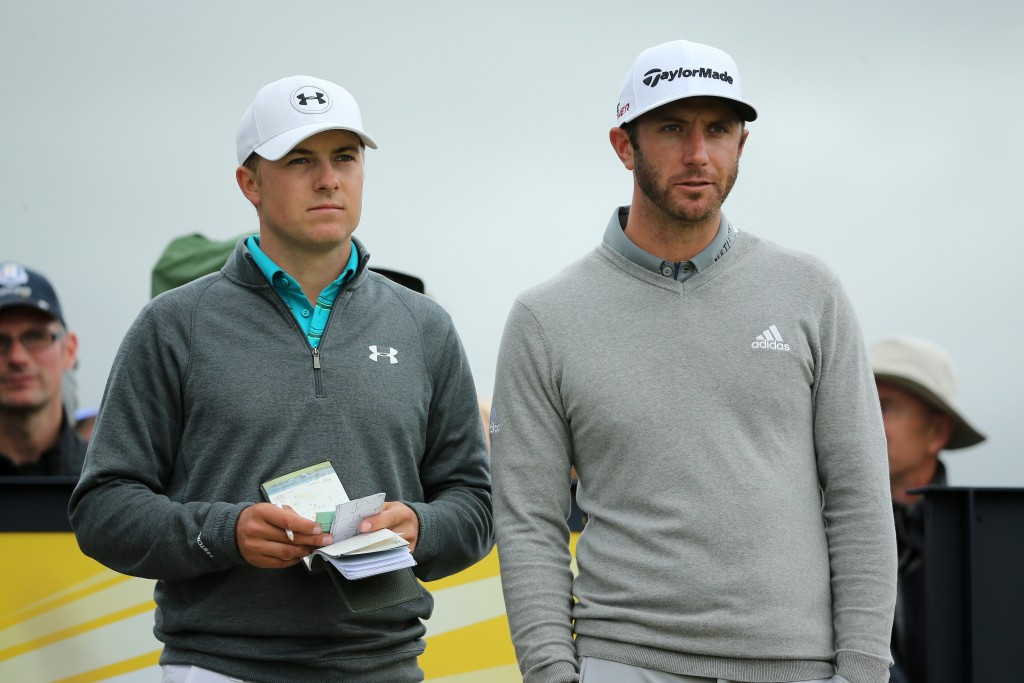 The United States’ Dustin Johnson carded a seven-under-par 65 to end day one of the 144th Open at St. Andrews with the outright lead as playing partner and compatriot Jordan Spieth began his bid for a third consecutive major title with a 67.

Johnson, who three-putted the 72nd green at last month’s US Open in Washington to hand victory to Spieth, made an eagle and five birdies on his way to posting the best score of the opening round at the home of golf in Fife, Scotland.

Birdies at the second and third holes came before an eagle at the fifth, while further birdies followed at nine and 10, and then the par-five 14th.

A further shot behind is Masters champion Spieth who birdied the first two holes before racking up three in a row from the fifth.

The 21-year-old Texan added a sixth birdie at the par-three 11th, and despite dropping shots at 13 and 17, the notorious Road Hole, he fought back with another birdie at the last.

South Africa’s Louis Oosthuizen, who claimed Open glory at St Andrews in 2010, put himself in contention for a repeat success as he matched Spieth's 67.

Also on five-under-par is Oosthuizen’s compatriot Charl Schwartzel as well as Americans Kevin Na and Jordan Niebrugge, whose round was the lowest first-day score by an amateur in the Open at St Andrews.

Three-time champion Tiger Woods faces an uphill task to make the cut as he bogeyed the first two holes before dropping further shots at five, seven and 10.

Despite birdieing the 14th and finishing level par for the last four holes, a four-over-par round of 76 puts Woods 11 shots off the pace going into tomorrow's second round.