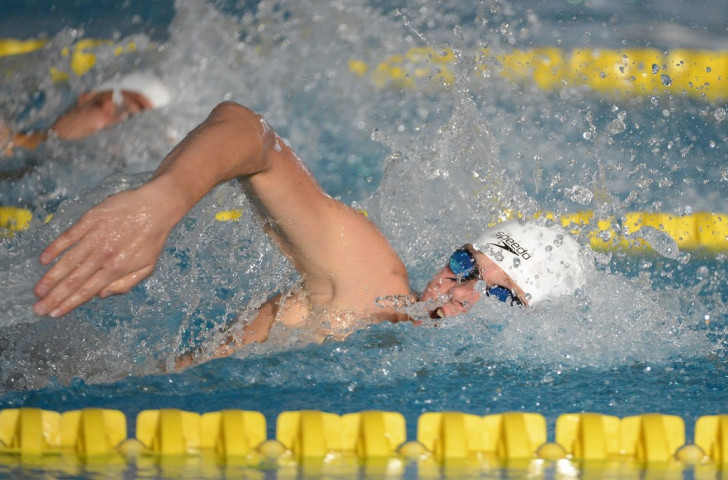 Five-time Paralympic champion Ihar Boki of Belarus clocked his second world record of the International Paralympic Committee (IPC) Swimming World Championships on his way to taking gold in the men's 100 metres backstroke S13 with a dominant victory at the Tollcross International Swimming Centre in Glasgow.

Following his commanding performance in the men’s S13 50m freestyle on the opening day, the 21-year-old was in fine form once again, posting a time of 56.74secs to secure gold ahead of Ukraine's Iaroslav Denysenko and Sean Russo of Australia.

Denysenko was over two seconds adrift of Boki’s winning time, with Russo taking bronze in 1:01.10.

On another record-breaking day at the competition, Russia’s Valeriia Shabalina clinched gold in the women’s S14 200m freestyle by clocking the quickest-ever time in the event with 2:04.98, which was enough to beat home favourite Jessica-Jane Applegate and Dutchwoman Marlou van der Kulk.

The Russian dominance continued when Roman Zhdanov reigned supreme in the men's SM4 150m individual medley, powering home with a world record of 2:25.24, snatching the title from New Zealand’s Cameron Leslie in the process.

An emotional Nely Miranda Herrera of Mexico cried tears of happiness on the podium as she received her women's SM4 150m individual medley gold following her victory in a time of 3:06.48, with Mariia Lafina of Ukraine coming through to secure silver.

Russian Olga Sviderska’s time of 3:08.32 gave her the bronze as well as an SM3 world record.

Elsewhere, the hosts secured their first gold of the event as Paralympic champion Ollie Hynd set a European record of 2:22.40 to claim the men’s SM8 200m individual medley crown ahead of Russia's Konstantin Lisenkov and Maodong Song of China.

Despite the win, which saw Hynd defend the title he won at the 2013 World Championships in Montreal, Canada, the 20-year-old was far from happy with his performance, insisting he could have gone faster.

“The world record is still there, it's nice to have it as an incentive for me to keep pushing forward.”

There was an historic moment in the women’s SB9 100m breaststroke as Dutch youngster Chantalle Zijderveld clinched her maiden world title with a time of 1:17.96, finishing comfortably ahead of China's Meng Zhang, whose time of 1:18.81 was an Asian record, and New Zealand's 2013 world champion Sophie Pascoe came through for bronze.

American Jessica Long, a multiple world and Paralympic champion, was another athlete at the double as her victory in the women’s SM8 200m individual medley race gave the 21-year-old her second gold medal of the event.

She managed to overtake Russia’s Oleysa Vladykina with a superb freestyle leg, eventually finishing in 2:40.08 as her Russian opponent had to settle for silver, while China's Weiyun Lu sealed bronze.

Long’s team mate Cortney Jordan also made it two from two as she defended her S7 400m freestyle crown with a time of 5:22.50.