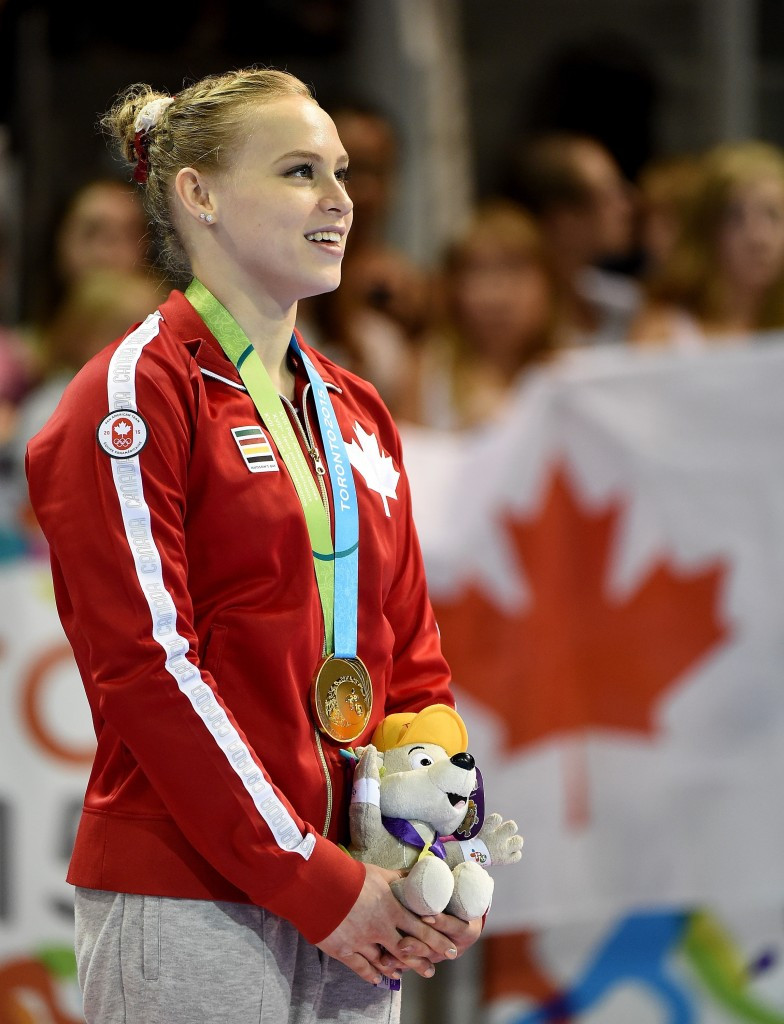 Black has been one of Canada's star performers during the first five days of the Games, having claimed gold in the women's individual all-round final as well as winning silver in the team event and bronze in the women's vault.

The 19-year-old's pursuit of further medals began in the women's beam final but she would face the challenge of Brazil's Flavia Saraiva Lopes and Guatemala's Ana Gomez Porras, who were among four gymnasts to have scored higher marks than the Canadian during the individual all-round final.

However, Black rose to the occasion of competing in front of a packed home crowd and executed by far the most diffcult routine of the competition in superb style, with the judges acknowledging her performance with a score of 15.050.

Her rivals were unable to match both the difficulty and execution displayed by the home favourite, with United States' Megan Skaggs ending the event in second place some way behind on 14.050, while Black's team mate Victoria Woo took bronze with 13.650.

Black's second gold of the day proved a much closer run affair as her floor score of 14.400 was narrowly enough to hold off the challenge of United States' Amelia Hundley and Guatemala's Porras, who completed the podium positions having received totals of 14.200 and 14.150 respectively.

"This was more than I expected, this has been incredible," Black said.

"The support here has been amazing, I'm was so proud of our team coming in silver, and individually in my finals I was not expecting half of this.

"So just to come in here and be able to do that in front of the home crowd and have everyone support is incredible."

While Black stole the show in the women's disciplines, Jossimar Calvo Moreno delivered two stunning displays in the men's parallel and horizontal bar finals to add to the pommel horse gold he shared with United States' Marvin Kimble after a tie yesterday (July 14).

The Colombian's first gold of the evening came after being awarded a score of 15.700 to finish above Cuba's Manrique Larduet and individual all-round champion America's Samuel Mikulak, who ended the parrallel bar final on 15.650 and 15.450.

The 20-year-old was able to transfer his excellent form into the men's horizontal bar final as he beat home favourite Kevin Lytwyn and defending champion Paul Ruggeri of the United States to gold after scoring 15.700.

Cuba ended the artistic gymnastics competition in Toronto with a second gold medal as Larduet claimed the men's vault after his effort was rewarded on the judges' scorecards with 15.125, while America's Donnell Whittenburg finished 0.163 points behind to take silver.