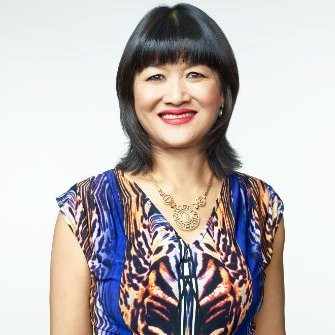 The Oceania Football Confederation (OFC) has announced the appointment of leading New Zealand solicitor Mai Chen to advise its Disciplinary Committee on any appeals process in relation to the decision to expel New Zealand from the Pacific Games Olympic qualifying tournament here for allegedly fielding an ineligible player.

Chen is one of New Zealand’s top constitutional and administrative law experts, and managing partner of Chen Palmer Public and Employment Law Specialists.

The OFC appears to be standing by the disqualification of New Zealand, whose team were thrown out of the competition after a protest made by semi-final opponents Vanuatu over the eligibility of South African-born Deklan Wynne was upheld at a disciplinary hearing on Sunday (July 12).

Vanuatu went on to play Fiji in the final later that same day, losing 4-3 on penalties at the Sir Hubert Murray Stadium.

New Zealand Football (NZF) insisted they were not aware of the OFC hearing, claiming they had been told the matter would be referred to FIFA.

The national governing body confirmed on Monday (July 13) it plans to formally lodge an appeal over the OFC's Disciplinary Committee's ruling, with the deadline to do so being July 27.

According to NZF chief executive Andy Martin, the appeal will be on two fronts, putting forward a case that the Pacific Games Council (PGC) was running the tournament, not the OFC, and that all players were cleared to play with the PGC before the competition.

But with the OFC unlikely to uphold an appeal against its own decision-making processes, it could mean that the matter ends up before the Court of Arbitration for Sport in Lausanne.

New Zealand captain Louis Fenton described his side’s disqualification as “a huge disappointment” and has taken a stab at NZF claiming the players “feel let down by the people who didn't do the right thing in terms of checking out players' eligibility”.

The All Whites' disqualification came after they'd topped Pool B with three wins out of three, and overcome Vanuatu in the penultimate round thanks to second-half goals from Monty Patterson and Bill Tuiloma.

"That is the most disappointing thing," Fenton told the Dominion Post.

"We were the best team there and if we had played half right we would've qualified for the Olympics.

"Everyone in the team wanted to go.

"It is a massive thing.

"It is not as big as a World Cup, but it is the second biggest tournament in football and to have that snatched from you and out of your control is pretty hard."

Wynne, the player at the centre of the controversy, has already represented New Zealand at under-20 and senior level after becoming a naturalised Kiwi.

Fiji Football Association President Rajesh Patel is confident that his country’s qualification for next year’s Olympic Games in Rio de Janeiro will stand.

"They [New Zealand Football] have all the rights to go through it [the appeal process] but as far we know we are qualified...and we are there - we are going to Rio," he told Radio New Zealand.

"Oceania Football knows that we have qualified and we are through.

"If a country protests against you and it's found to be right, you will be disqualified and they [the OFC] must have found the evidence and the onus is on New Zealand to show the player is eligible to play for New Zealand."