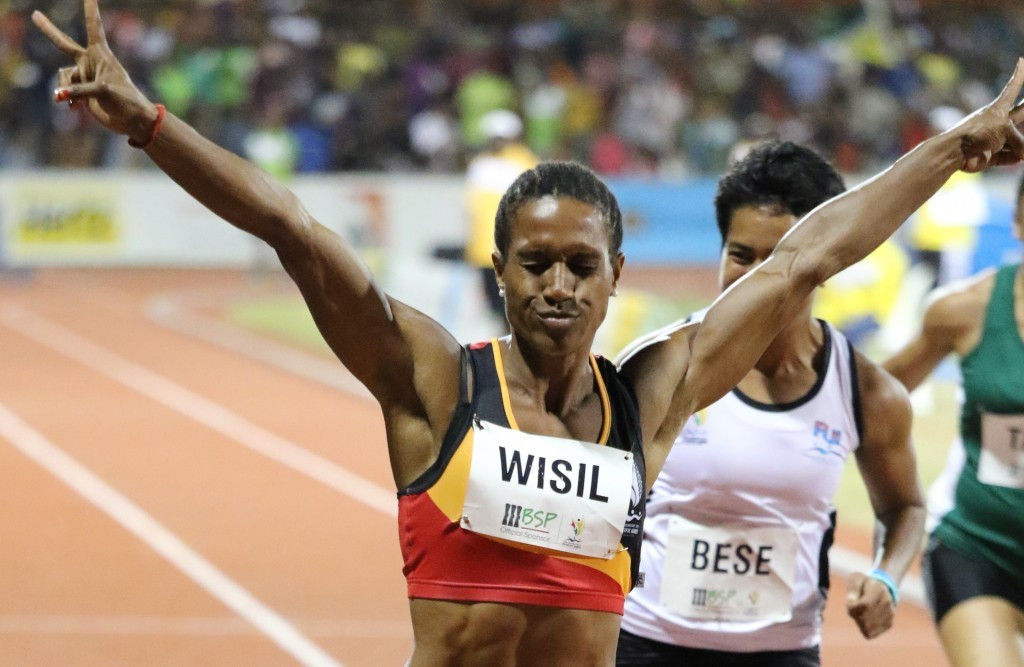 Toea Wisil came away with the women’s 100 metres title here to cap off a gold medal-laden day for Pacific Games hosts Papua New Guinea in athletics.

Wisil clocked 11.86sec to finish easily ahead of FIji's Younis Bese and Sisilia Seavula, who claimed silver and bronze respectively, and secure her country’s sixth gold in the last of 11 medal events.

“I’m really happy about my performance in front of my Papua New Guinean people,” said Wisil.

“Thank you to all my mothers and aunties back in Jiwaka Province and to my family who came all the way from there to watch me race.”

Matlaun won his race in a photo finish, snatching victory from New Caledonia’s Adrien Kela by 0.02 seconds with a time of 1min 53.85sec, while fellow countryman Martin Orovo took bronze.

Koniel, meanwhile, registered a winning time of 2:12.78 with another home favourite, Jenny Albert, just over three seconds behind in the silver medal position, followed by New Caledonia’s Solenne Kerleguer.

There was also success for Papua New Guinea's Robson Yinambe as the men’s decathlon competition concluded with the individual elements of 110m hurdles, discus, pole vault, javelin and 1500m all taking place.

Yinambe’s overall total of 6,288 points was 106 better than second-placed Lilian Garcon of New Caledonia, while Tonga’s Soape Polutele was third on 5,102.

Out in the field, the hosts enjoyed a clean sweep of the women’s high jump medals as Rellie Kaputin’s jump of 1.77 metres not only secured the gold medal, but also broke Papua New Guinea’s national record by a centimetre.

The men’s javelin ambulatory event was dominated by another Papua New Guinean Sent Anis, who won with a throw of 38.25m, while New Caledonia’s Thierry Washetine claimed silver and Wallis and Futuna’s Lutoviko Halagahu bronze.

One of the other highlights of the night was the men’s 10,000m final, which saw the Solomon Islands’ Rosefelo Siosi win in a time of 33:06.03, well clear of New Caledonian silver medallist Nordine Benfodda and Papua New Guinean bronze medallist Kupsy Bisamo.

Sylvain Bova of New Caledonia won gold in the men’s 100m standing after the results were adjusted for degrees of disability.

Papua New Guinea’s Francis Kompaon finished first in the race, but had to settle for silver as compatriot Samuel Nason claimed bronze.

New Caledonia’s Elise Takosi dedicated success in the women’s hammer event to her former coach who passed away recently.

A throw of 52.51m put her ahead of silver medallist Brianna Stephens, Norfolk Island’s only athletics competitor at Port Moresby 2015, and Samoa’s Kasandra Vegas, who bagged bronze.