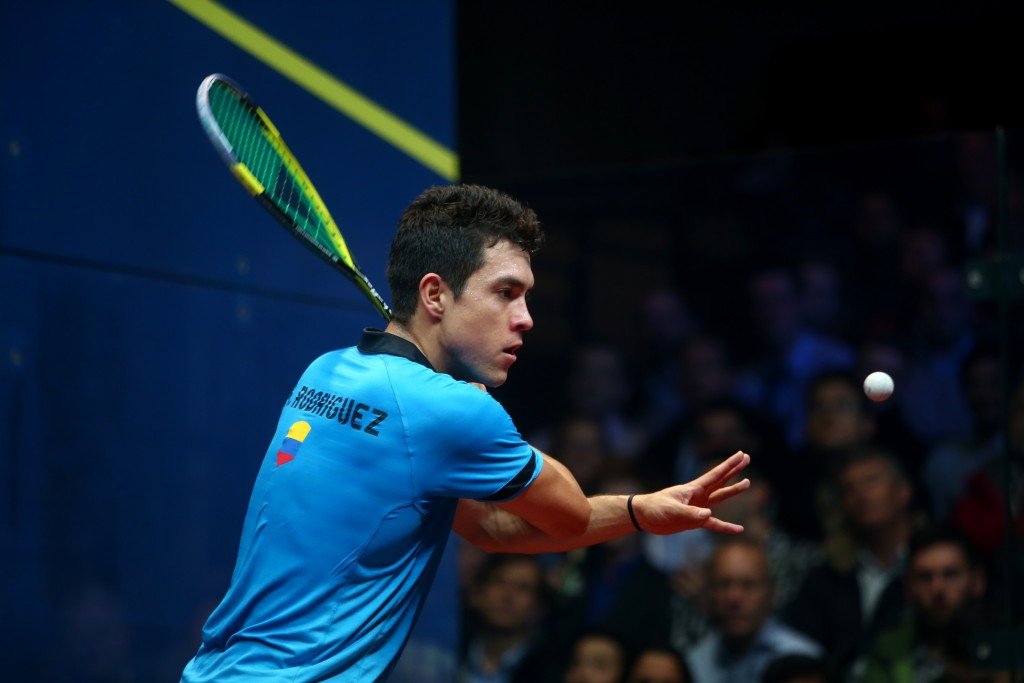 Elias has defied his world ranking throughout the competition by earning several impressive results before benefiting from the withdrawal of Mexico's Cesar Salazar during his semi-final, but he was the clear underdog in the gold medal match against world number four Rodriguez.

However a gulf in class was not apparent in a marathon opening set which featured a series of long rallies between the players, with the Colombian star eventually claiming it 11-9 after 27 minutes of action.

Rodriguez's advantage did not last for long as he was swept aside by the the 18-year-old rising, who displayed the kind of form which helped him win last year's world junior title, by comfortably winning the second set 11-3 to level the contest.

He was unable to maintain that standard throughout the third and fourth sets and the Peruvian's inconsistency proved costly in key points.

The women's final proved to be a one-sided affair as there was a repeat result of the United States National Championships gold medal final, which took place in March.

On that occasion Amanda Sobhy had overcome her compatriot Olivia Blatchford in straight sets and she emphatically brushed aside her opponent again here as after winning the first set 11-8, she proceeded to dominate the final two sets winning both 11-3 to assure herself on a place on top of the podium.

Her success was one of four gold medals for the United States on the third day of competition in Toronto, with Samuel Mikulak's win in the men's gymnastic individual final arguably the most eye-catching result, as he became the first American since Scott Johnson in 1987 to win the Pan American Games title.

Mikulak had not even been born when Johnson claimed gold, but the 22-year-old followed in his footsteps at the Toronto Coliseum by posting a winning points total of 89.650 from the six disciplines to take gold, with Cuba's Manrique Larduet finishing in the silver medal position, just 0.05 points behind.

Despite the near miss in the gymnastics Cuba had a stunning day in the Canadian city as they secured seven gold medals, with the majority of their haul coming on the water in the canoeing and rowing during the morning.

Their medal tally was boosted further by wins for Addriel Lao and Yoelmis Hernandez in the men's 77 and 85 kilogram weightlifting events, while Jeinkler Aguirre and Jose Antonio Guerra's score of 439.14 points in the men's synchronised 10 metre platform was enough to make it a magnificent seven for Cuba.