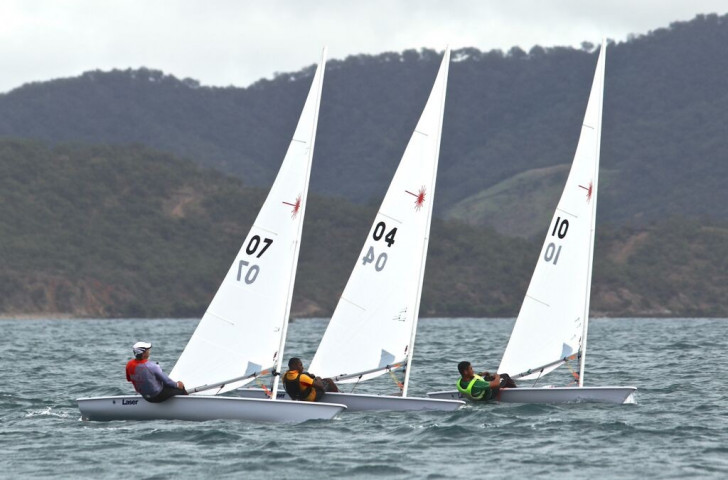 “Well, I came here to win the gold and not just to win gold,” Williams said.

“I wanted to dominate in every race and that’s what I’ve done at these Games, so I’m pretty happy.”

Australia also topped the podium in two sailing events as Mark Spearman clinched a formidable win in the men’s Laser class, finishing with the lowest possible score of 10 thanks to a classy display throughout the week.

Maxime Mazard of New Caledonia did enough for silver, while Spearman’s compatriot Thomas Vincent came through to take bronze.

Just as the Cook Islands had done earlier in the day, Spearman and Vincent came together to win the men’s team competition with a total of 34 points, which saw them finish comfortably ahead of both New Caledonia and Cook Islands.

Another country at the double in sailing were New Caledonia as Jerome Le Gal and Leo Belouard blew their opponents out of the water,  winning every race on their way to individual hobie cat gold, with team-mates Thomas Dupont and Jeremy Picot claiming silver.

The husband and wife combination of Shayne and Taleilisi Brodie clinched the final spot on the podium, sealing bronze.

Dupont and Picot were then part of the New Caledonian crew  which reigned supreme in the team competition, proving too strong for Fiji and Tahiti respectively.

Batting first, the Samoans were restricted to 103-4 off their 20 overs in wet conditions at Bisini Sports Grounds following a disciplined bowling performance from the home side.

Chasing only 104 to win, Papua New Guinea slumped to 58-5 and, despite a brief resurgence thanks to Tanya Ruma’s defiant 23, they fell short of the required target to hand Samoa the gold.

Fiji won bronze as they beat Vanuatu by 12 runs.

Samoa's other gold on an enthralling day of action at the 15th Pacific Games came thanks to Chen Pao in the shotgun individual points shooting event as he finished with a total of 295 points, ousting Tuanua Degage to claim a surprise triumph by two points, while Fijian Glen Kable was able to secure bronze.

Tahiti finished off the va’a event as they had started it, monopolising the medals on the final day of competition, taking both the men’s V6 30km and women’s V6 20km titles.

Cook Islands and New Caledonia shared the rest of the spoils with a silver and bronze apiece at Ela Beach.