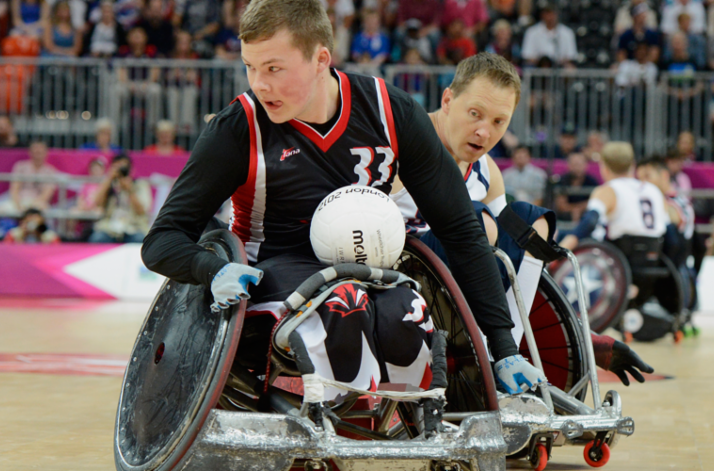 A 12-strong Canadian wheelchair rugby team has been announced ahead of next month’s Parapan American Games here, with the host nation set to battle arch rivals United States for the gold medal.

These will be joined by a Vancouver trio of Byron Green. Trevor Hirschfield and Travis Murao, along with Quebec’s Patrice Simard and Zak Madell.

The mixed-gender line-up is completed by Miranda Biletski, Patrice Dagenais and Patrice Simard, with nine members of the squad having formed part of the Canadian side which won silver at the London 2012 Paralympic Games.

Canada are ranked second in the world but with third ranked US rivals also set to be present and only one Rio 2016 qualification spot available when action begins on August 8, stakes will be high.

"Though there are many athletes in Canada who have the skills to play at this level, we believe that this squad has the winning combination of speed, strength and experience needed to beat the US," said head coach Orr.

"We can't wait to make our Parapan Am debut and show the Canadian public what we're capable of."

Canadian Paralympic Chef de Mission Elisabeth Walker-Young added: "Our team just got bigger and stronger with the 12 of you being named.

"This promises to be one of the most exciting tournaments at the Games with a spot for Rio on the line.

"Congratulations for the commitment you've given to get here.

"Your team is known for focus and determination.

"These are assets that we admire in Team Canada.

“All the best with last minute fine tuning."

As well as Canada and the US, Argentina, Brazil, Chile and Colombia will also participate in a six-team competition.