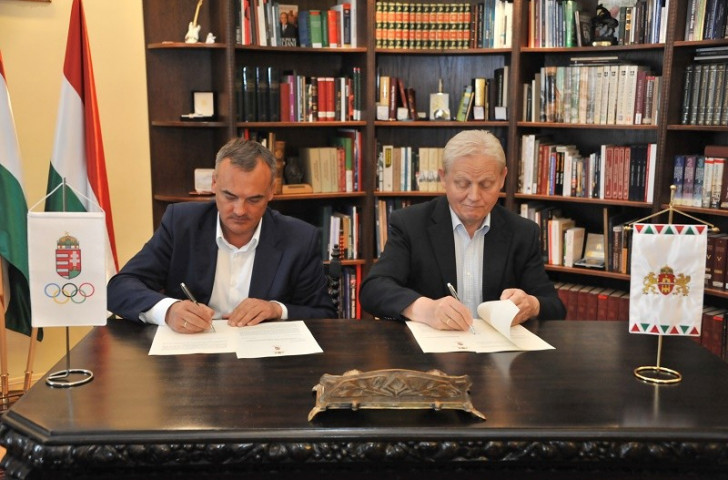 Budapest's bid to host the 2024 Summer Olympics and Paralympics has been officially launched after a letter of intent was submitted to the International Olympic Committee (IOC).

It will also provide an opportunity to award the Games to a new country that has never hosted it before, it is hoped.

The bid is described as in line with the "unanimous decisions" of the General Assembly of Budapest as well as the Hungarian Olympic Committee, along with the support of the Hungarian National Assembly.

This follows more than 80 per cent of the representatives voted in favour of Budapest’s bid earlier this week.

It was outlined how "more and more people in Hungary believe that Budapest can be capable of hosting the Olympics", with a survey earlier this year finding more than two thirds of Hungarians would support the nation’s bid, with it hoped this number will now rise.

“We welcome that the IOC is orienting itself to a more economical and sustainable organisation of the Olympic Games by breaking the monopoly of the largest and wealthiest countries to organise the Olympics," the letter continued.

“Extending the access to organise the Olympic Games is a democratic idea, which leads us back to the origins of the Olympic spirit.

“Even cities smaller than Budapest, like Antwerp, Stockholm and Helsinki have been given the chance to organise Summer Olympics.

“This would make Hungary capable of organising the Olympic Games, being the only country that has not been given the opportunity among the 10 most successful countries of the Summer Olympics.”

Hungary made its Olympic debut at the first ever Games at Athens in 1896, when it won two gold medals.

It has competed in every Summer Games since, apart from Antwerp 1920, when it was banned following the end of World War One, and Los Angeles 1984, when they were forced to join the Soviet-led boycott.

Hungarian athletes have won a total of 476 medals at the Summer Games and six at the Winter Games.

Rome, Paris, Hamburg and Boston are the other four confirmed bidders.

A process is also underway in Azerbaijan to consider a possible bid from capital city Baku following the success of last month's European Games.

The final IOC deadline for bids to be submitted is September 15, with a host then due to be selected at the IOC Session in Lima in 2017.