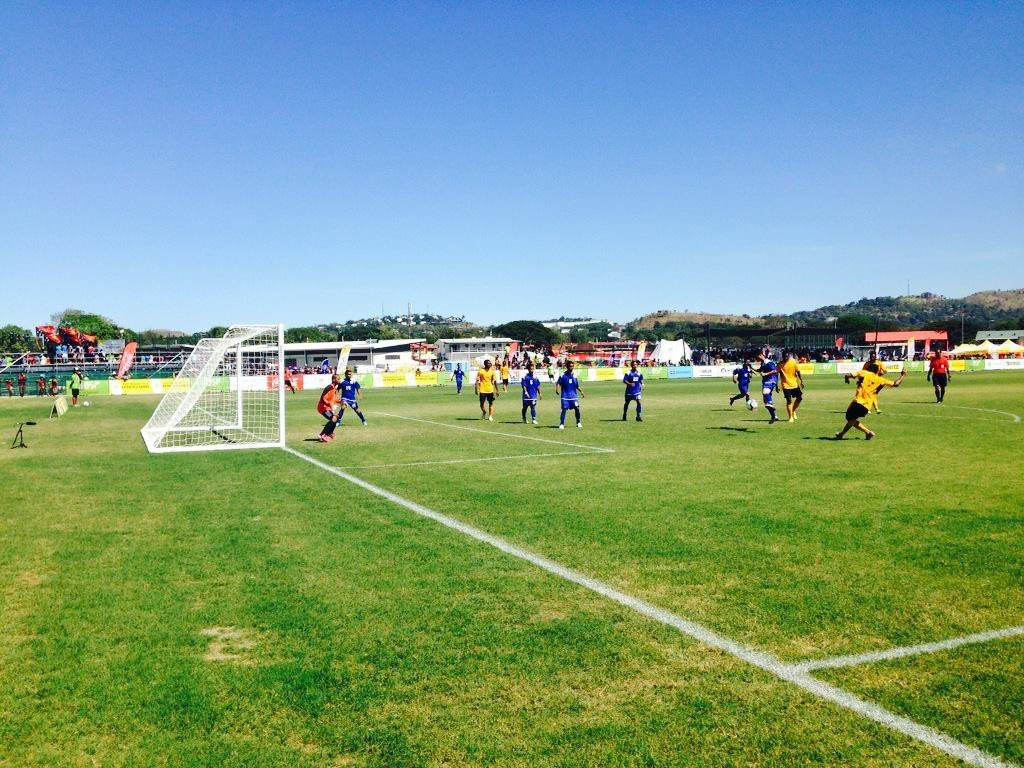 Vanuatu missed out on a place in the knock-out stages of the Pacific Games football competition despite annihilating the Federated States of Micronesia 46-0 here.

Their incredible victory moved them onto four points from their three Pool A matches, level with Fiji whose side went on to pick up a 0-0 draw against Tahiti in the Pool’s final game and ensure their inferior goal difference to Vanuatu was inconsequential.

Jean Kaltack scored 16 goals in the rout as Vanuatu eclipsed Fiji’s 38-0 win against Micronesia on Sunday (July 5) to set a Pacific Games record.

The team ranked 200th in the world by FIFA were 24-0 ahead at half-time, three better off than Fiji at the same stage, and added a further 22 goals to their tally after the restart.

Combined with a 30-0 defeat to Tahiti in their opening match, Micronesia conceded a total of 114 goals in the tournament and scored none.

Despite their disastrous campaign, coach Stan Foster was buoyed by the news that Micronesia will be allowed to compete at the next Pacific Games in Nukuʻalofa, Tonga.

“That was big relief for me, because I was really worried the organisers would take us out of the competition because of our scores,” he said.

“I’ve been assured that we’ll be allowed to come back and that they’re aware that this is a development squad.

“They’re boys, not men and they’ve been playing against well-seasoned men.

“I’m hoping the majority of our boys will be here for at least eight years.”

Tahiti were reduced to nine players in their goalless draw against Fiji as captain Manuarii Hauata and Thibaut Pito each received two bookings and were sent off.

Fiji have qualified for two semi-finals; one against Papua New Guinea in the Rio 2016 Olympic Games qualifying tournament on Friday (July 10) and another against New Zealand in the Pacific Games competition on July 15.

“New Zealand is a tough game and it will also be difficult against Papua New Guinea because they have a good squad and they are at home,” said Fiji manager Juan Carlos of Uruguay.

“The crowd will be behind them, but my players don’t care about that.

“It will be a great atmosphere.”

Despite Vanuatu’s elimination, they remain in the Rio 2016 qualifying tournament and face a difficult semi-final match against New Zealand on Friday.