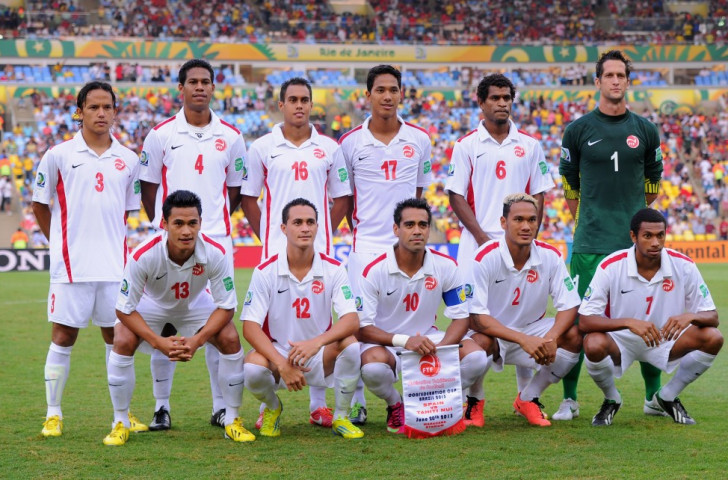 Tahiti recorded the highest-ever football score in Pacific Games history as they hammered debutants the Federated States of Micronesia 30-0 in the opening Pool A match at the Bisini Sports Grounds today.

Their victory fell just one goal short of Australia’s world record 31-0 drubbing of American Samoa in a FIFA World Cup qualifier in 2001.

The Tahiti team were 10-0 up at half time before they found the net another 20 times in the second half to heap misery on the minnows, who are participating in the Pacific Games football tournament for the first time.

“The topics we discussed today were to be good in defence, how to react when losing the ball and to score a lot of goals,” Tahiti coach Patrice Flaccadori said.

New Zealand made their long-awaited debut in the competition as they limped to a narrow 2-0 win over the Solomon Islands in Pool B.

First-half goals from Monty Patterson and Alex Rufer handed the All Whites the three points in their opening match at the tournament, which serves as a qualifier for the 2016 Olympic Games in Rio De Janeiro.

New Zealand’s build-up to the Pacific Games has seen them opt not to stay in the Games Village due to, what they claim are sub-standard facilities there, although these allegations have been refuted by Pacific Games Council President Vidyha Lakhan.

He admitted that it “wasn’t a five-star hotel” but that the Village was “arguably the best the Pacific Games has ever seen”.

They have also complained about the scheduling, which sees them play five games in the space of 10 days, and have also raised concerns about the state of pitches at Bisini Sports Grounds and also the Sir Hubert Murray Stadium, where the finals of the football competition are due to be played.

Elsewhere on the first day of sporting action here, the hosts picked up two men’s touch football wins to get their pursuit of the gold medal off to the best possible start.

Papua New Guinea recorded a comfortable 24-1 victory over Kiribati at Bisini Sports Grounds, where Eugene Eka was the star performer, running in five tries, while Kora David also chipped in with four.

They then went on to beat Cook Islands 17-2.

Samoa were due to take on Tuvalu but the match was postponed as their opponents have not yet arrived owing to transport problems during their journey to Port Moresby.

They are due to touch down just two hours before the Opening Ceremony begins.

The pick of the men's basketball matches came in the evening as 2011 gold medallists New Caledonia narrowly beat hosts 77-74,.

Samoa proved too strong for Kiribati with a 106-88 success, before Tahiti edged Guam 76-66 in Pool A.

Fiji, meanwhile, cruised to an 8-1 win against Tahiti.

TOP STORY: Oetling’s tears of joy after earning Mexico and herself a Tokyo 2020 place at Miami Sailing World Cup