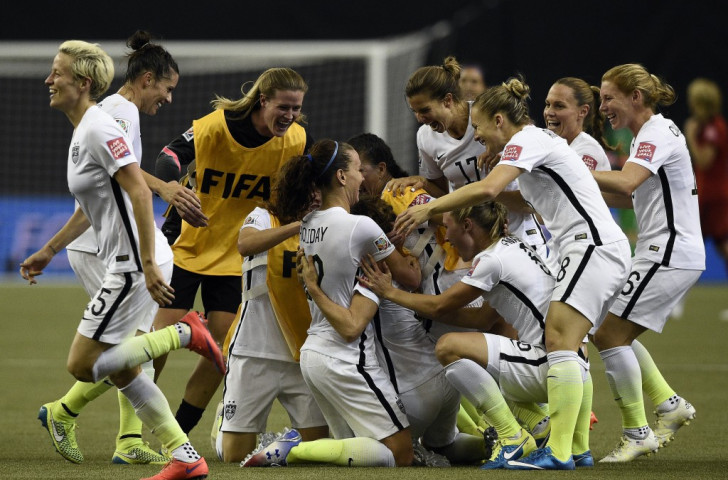 The United States secured their spot in their fourth FIFA Women’s World Cup final as goals from Carli Lloyd and Kelley O’Hara helped them to a dramatic 2-0 win over Germany at the Olympic Stadium in Montreal.

The match-up between teams who have both lifted the title on two occasions did not disappoint in terms of drama as Germany striker Celia Sasic spurned the opportunity to give her side the lead just before the hour mark as she missed a penalty.

Lloyd was able to convert her controversial spot-kick after Annike Krahn was adjudged to have fouled Alex Morgan in the penalty area, although replays showed the incident occurred outside.

They then sealed their passage into their second successive World Cup final as Lloyd teed up O’Hara who volleyed home from close range with six minutes of the match remaining.

The Olympic gold medallists will now go on to face either England, semi-finallists for the first time in their history, or defending champions Japan in the tournament’s showpiece contest on Sunday (July 5).

England and Japan are due to meet in the other semi-final in Edmonton tomorrow.

The semi-final was played in front of a raucous crowd of over 50,000 and was fiercely contested from the start as Germany’s Alexandra Popp was involved in an early collision that left her requiring her head to be bandaged.

The majority of the chances fell to the Americans in the first half as Morgan was denied when through one-on-one by a point blank save from German ‘keeper Nadine Angerer, before the striker then fired wide from an acute angle.

After the restart, Germany, ranked as the world’s number one team and who have shown their attacking potency throughout the tournament, began to grow more into the contest and could have gone in front early in the second half but Anja Mittag’s header sailed the wrong side of the post.

That proved to be the pre-cursor for a dramatic final period as American defender Julie Johnston’s mistimed challenge on Popp gave tournament top goalscorer Sasic the ideal chance to break the deadlock.

Her penalty flew wide, though, prompting tears of relief from Johnston and exasperated looks from the German team.

Barely ten minutes later, Lloyd made no mistake her with her penalty, sending Angerer the wrong way, before she turned provider for O’Hara to seal their side’s berth in the final.

As widely predicted, FIFA President Sepp Blatter has opted not to attend Sunday’s final for “personal reasons” amid an ongoing investigation by Swiss and American authorities into widescale corruption within world football’s governing body.