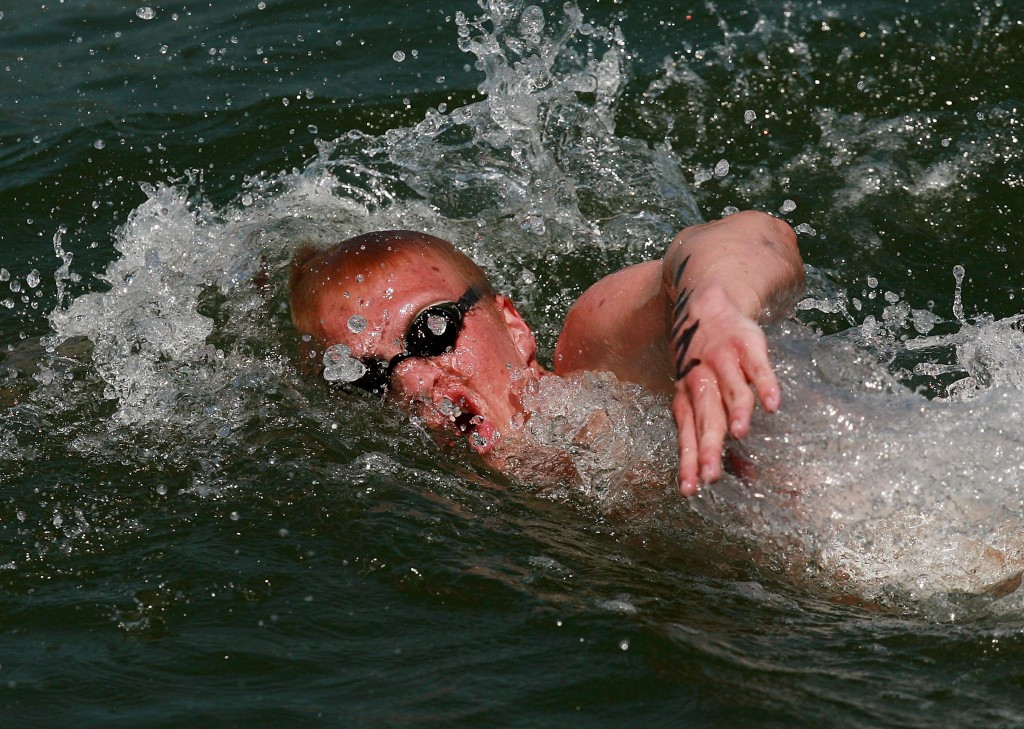 The United States’ Charles “Chip” Peterson triumphed at the sixth leg of the International Swimming Federation (FINA) 10 kilometres Marathon World Cup in Setúbal, Portugal, to claim his first gold medal of the year.

Peterson, who finished ninth at the previous meet in Balatonfured, Hungary, completed the men’s race in 1 hour 54min 23.60sec, with Germany’s Christian Reichert 23.5 seconds behind in the silver medal position and fellow American Alexander Meiyer a further 12.6 back in third.

In 2005, aged 18, Peterson was the man to beat at the FINA World Championships in Montreal where he won gold in the 10km and the silver in the 5km.

After some ups and downs in his career, he returned to the World Cup circuit, winning in Lac St-Jean, Canada, in 2010 and finished second in the same race in 2014.

Meanwhile in the women’s race, Italy’s Rachele Bruni took 2:05:24.45 to achieve her third victory of the season having triumphed in Viedma, Argentina, and Abu Dhabi.

Bruni was 10 seconds faster than her closest challenger Yumi Kida of Japan as she reinforced her lead in the overall ranking.

The bronze went to Hungary’s Anna Olasz, who crossed the finish line in 2:06:17.95, having previously come second in Nouméa and fourth in Cozumel.

The last four legs of the FINA 10km Marathon Swimming World Cup, include stops in Lac St-Jean and Lac Megantic, both in Canada, Chun’an in China and Hong Kong.