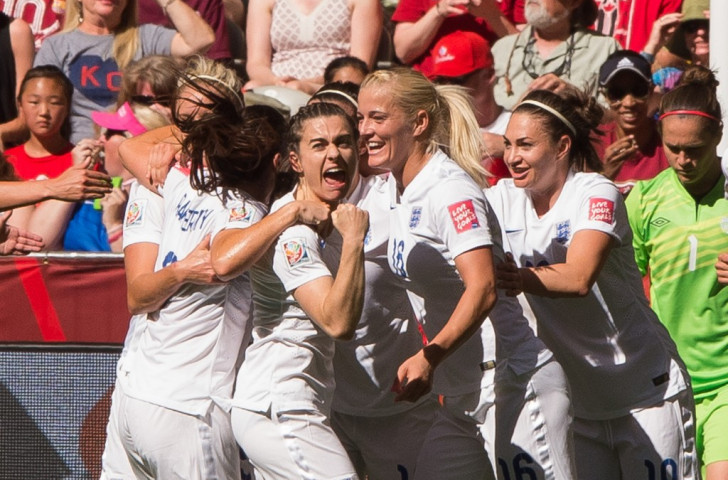 England progressed to the semi-finals of the FIFA Women’s World Cup for the first time in their history as they stunned hosts Canada with a 2-1 victory at the BC Place Stadium in Vancouver.

The English team, who had never gone beyond the last eight, made a rapid start and they went in front when Jodie Taylor capitalised on an uncharacteristic error from Lauren Sesselmann as she picked up the loose clearance and fired home a low drive into the net.

Just three minutes later, England doubled their advantage thanks to a Lucy Bronze header from a Fara Williams free-kick to leave the hosts facing a difficult task.

Ever-present striker Christine Sinclair did manage to halve the deficit on the stroke of half-time but the equaliser proved elusive as England held out to secure their last-four berth much to the dismay of the sell-out crowd.

They will go on to meet defending champions Japan in the semi-finals after they squeezed past a resilient Australia with a narrow 1-0 win at the Commonwealth Stadium in Edmonton.

“To get a result in that atmosphere against an incredible Canada team was an amazing result,” England coach Mark Sampson said.

Substitute Mana Iwabuchi came off the bench to fire Japan into the semi-final with a late strike that gave them a tight victory.

As the contest looked to be heading towards extra-time, Azusa Iwashimizu’s shot was blocked by Australian goalkeeper Lydia Williams and the ball fell kindly for Iwabuchi to send her side through.

Japan, who lost to England during the group stage of their 2011 triumph, were able to keep their dream of defending their crown alive and the two sides are due to meet in the semi-final Wedneday July 1.

In the other last four clash, the United States take on Germany on Tuesday (June 30).