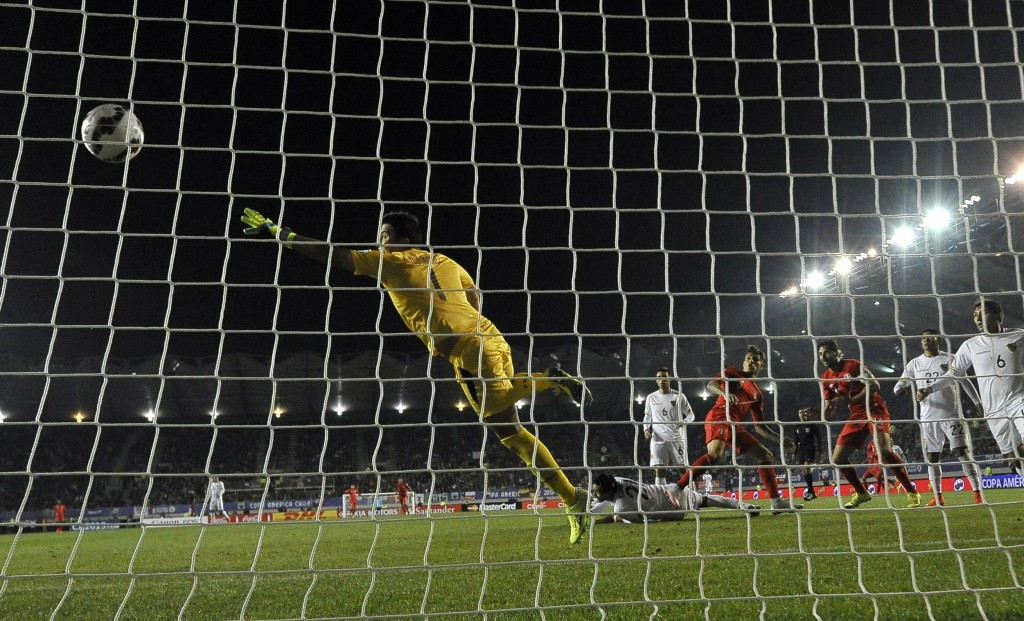 Bolivia’s run at the 2015 Copa América came to an end after they succumbed to the finishing prowess of Peru’s Paolo Guerrero in their quarter-final in Temuco as the striker scored a hat-trick to send his team into a semi-final against hosts Chile.

Guerrero had failed to score in Peru’s first three matches at the tournament but ended that drought by timing his run into the box to perfection before directing Juan Vargas’ left wing cross beyond Romel Quiñónez with a header in the 20th minute.

A bad start for the Bolivia, who had lost 5-0 to Chile in their final group match, was made worse just three minutes later as they were left exposed by a Peru counter attack which saw Christian Cueva put Guerrero clean through on goal with a superbly timed pass.

The top scorer at the 2011 Copa America made no mistake as he slotted the ball past Quiñónez, who had stumbled when trying to avert the danger, to give his side into a comfortable 2-0 advantage and put them on course for the semi-final.

Bolivia looked on course for a second comprehensive defeat in a row and were counting their blessings just before the break as Peruvian winger Jefferson Farfan saw a curling free-kick hit the crossbar as his side looked to put the game beyond their opposition.

The theme of the match continued into the second half with Peru clearly still the dominant team, with Bolivia struggling to fashion a response to the early goals.

Peru’s progression was sealed after a dreadful mistake from Danny Bejerano as the Bolivian midfielder’s pass was intercepted by Guerrero and left the striker a clear run on goal.

Guerrero made no mistake in the one-on-one situation and completed his hat-trick by firing low into the right hand corner of the net, with the goal also moving him level with Chile’s Arturo Vidal as tournament top scorer.

Luis Advíncula gave Bolivia the chance to restore some pride in the final ten minutes, after his clumsy tackle on Damián Lizio saw the referee point to the penalty spot.

Martins Moreno duly converted by firing straight down the middle to give Pedro Gallese no chance in the Peru goal, but the match was already over as a contest.

Peru’s comfortable 3-1 victory means that, for the second consecutive Copa América, they will play in the semi-final and, should they beat hosts Chile in Nacional on Monday (June 29), they would participate in their first final since 1975, when they last won the competition.