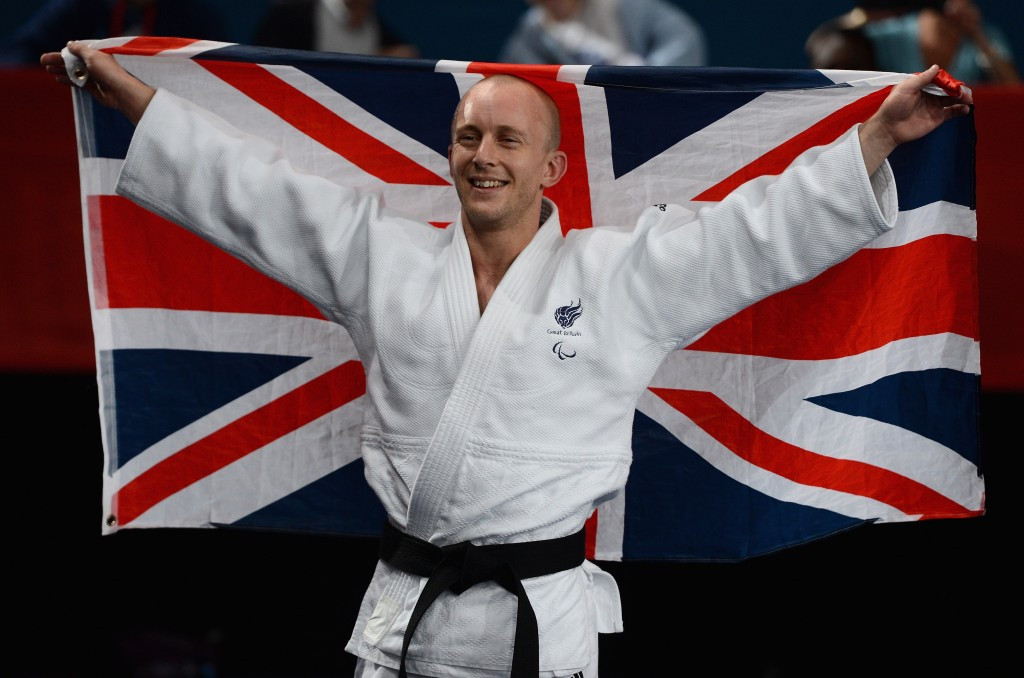 Brighton, Nottingham and Plymouth are set to hold celebration events on National Paralympic Day in Britain and several medallists have called for the public to come out to show their support on July 25.

Each of the three cities are set to hold a local event which fans of all ages, whether disabled or non-disabled, will be able to enjoy free interactive and fun activities from 10am to 5pm to test their skills and showcase the talent of Britain’s leading Paralympic athletes.

London 2012 judo bronze medallist Ben Quilter is set to appear at Jubilee Square in Brighton to hold a question and answer session as well as meeting fans and expressed his delight the event will be taking place his home town.

“I’m really looking forward to National Paralympic Day in Brighton, it’s going to be a really fun day and there will be plenty of opportunities for people to come along to try out disability sport and find out more about the Paralympics,” he said.

“It means so much to me that this is all happening in my home town, and I hope lots of people take a little bit of time out of their day to come along and join us.”

Quilter will be joined at the event by table tennis world number one Will Bayley, winner of silver and bronze medals at London 2012.

Sophie Wells, a multiple medallist in equestrian, meanwhile, is due to be attending the event in Nottingham, which will be held at Smithy Row.

The three events have been made possible with the support of the Spirit of 2012, a trust established by the Big Lottery Fund to recreate the spirit that radiated from the Olympic and Paralympic Games in London, with one of their key aims to provide funding to partners who help challenge perceptions of disability.

“The spirit that radiated from the London 2012 Paralympic Games is a huge inspiration to us and all that we do,” said Debbie Lye, Spirit of 2012’s chief executive.

“I’m delighted that people in Nottingham, Brighton and Plymouth will have the chance to experience it first-hand, meeting ParalympicsGB medallists and getting the chance to try their hand at the sports themselves.

“With only a year to go until Rio [2016], I hope National Paralympic Day will reignite the passion sparked by our winning London 2012 ParalympicsGB Team.”

The three regional events precede National Paralympic Day on July 26, which will see the Queen Elizabeth Olympic Park in London set to showcase top talent in British arts, as well as sport, with the Mayor of London’s Liberty Festival set to presenting a line-up of deaf and disabled artists, musicians and performers.

Several of Britain’s Paralympic stars will be making their returns to the London Aquatics Centre, the scene of many home triumphs at London 2012, with Ellie Simmonds, Ollie Hynd and Jessica-Jane Applegate all set to be in action at the venue, a week on from the conclusion of the International Paralympic Committee (IPC) Swimming World Championships in Glasgow, Scotland.

Additionally,  several British athletes will be aiming to impress the public at the IPC Athletics Grand Prix final which is due to take place during the day at the Olympic Stadium.

Tim Hollingsworth, chief executive of British Paralympic Association, claimed  the three regional events will help to build on the success of celebrations held in Liverpool and Birmingham last year.

“These events are a great way for people across the country to find out more about the sports that they’ll be watching in Rio in just over a year’s time,” he said.

“They can also enjoy meeting some of the athletes who made us so proud in those incredible days of sport that we witnessed during London 2012.”

Local clubs are also invited to get involved with the day by holding their own events, while more information on National Paralympic Day can be found by clicking here.