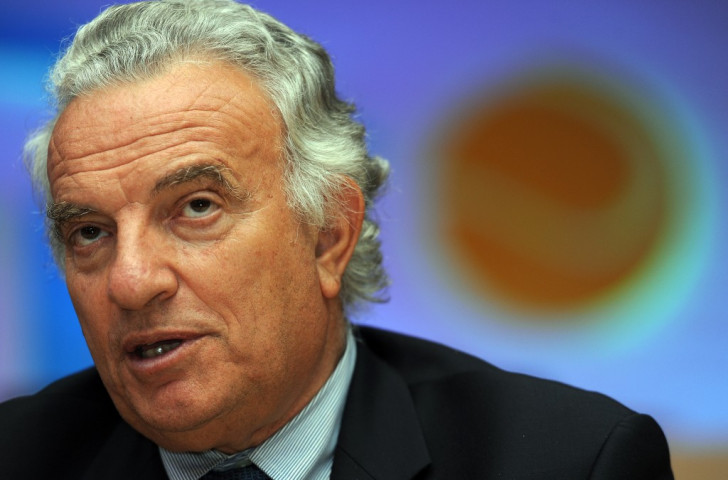 Francesco Ricci Bitti has been elected President of SportAccord Convention today following an Executive Committee meeting in Lausanne, it has been announced.

Association of Summer Olympic International Federations (ASOIF) director general Andrew Ryan told insidethegames earlier this month that a new body is being envisaged as a replacement to SportAccord in order to assume control of the SportAccord Convention but with a far limited range of other responsibilities.

Today's decision appears a realisation of these plans, with the Convention set to be held, as normal, in April of next year once a host is found.

This marks the latest twist in the saga following Marius Vizer's speech criticising the International Olympic Committee (IOC) and its President Thomas Bach at this year's Convention in Sochi which caused such controversy.

The fall-out from the affair eventually forced Vizer to resign as head of both SportAccord and the SportAccord Convention.

Ricci Bitti, who also leads the ASOIF and is due to step down as International Tennis Federation President later this year, was one of Vizer's strongest critics.

Gian Franco Kasper - Association of Winter Olympic International Federations who, as senior vice-president, is currently serving as interim chair of the SportAccord Council - was also elected to the Convention's Executive Committee today.

A hunt has also officially begun to find a host for next year's event after Sochi withdrew from hosting it again following the controversy.

Cities interested in bidding to host are urged to contact SportAccord Convention managing director Nis Hatt, with applications due to close on Friday August 14.

"The SportAccord Convention has become a major event in the international sporting calendar, not only for the sports movement but also for the industry," said Ricci Bitti in a statement released today.

"I have always been one of its greatest supporters.

"When I was asked to consider the position of President, I accepted the honour and I am fully committed to continuing the successful development of the SportAccord Convention."

Today's announcement opens further questions on the future of SportAccord, with Kasper having made it clear he does not want the leadership role on a permanent basis.

With insidethegames having learned that general director Vlad Marinescu has resigned from his post, it appears possible the body could effectively be pushed out of existence, with no replacement for Marius Vizer appointed.

It is claimed that, as many of SportAccord's functions are "replicating" those already performed by others, it is not vital that it continues functioning as it currently does, although its removal would pose questions about ownership of the Convention.

At present, a 45 per cent stake is owned by SportAccord, with 35 per cent controlled by ASOIF, 15 per cent by the AIOWF and a further "floating" five per cent.