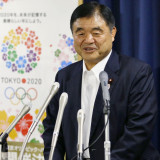 Japan’s Prime Minister Shinzo Abe has officially announced that Toshiaki Endo has been appointed Minister in charge of the Tokyo 2020 Olympic and Paralympic Games.

Endo,  a member of the House of Representatives and an Executive Board member at Tokyo 2020, had been considered the favourite for the position created last month following the approval of a bill by Japan’s Parliament, the Diet.

He previously served as a Senior Vice-Minister of Education, Culture, Sports, Science and Technology and the 65-year-old will be expected to oversee smooth preparations for the Games.

He will act as a key communication point between Tokyo 2020 and various Government agencies over the next five years.

Endo’s role will also take in preparatory work for the Games, including security measures, such as counter-terrorism planning and upgrades to the public transport system in Tokyo.

“I am delighted to welcome Mr. Toshiaki Endo as the Minister in charge of the Olympic and Paralympic Games,” said Yoshirō Mori, Tokyo 2020 President.

“Mr Endo has served in several important positions within the Liberal Democratic Party, in which capacity he has made a valuable contribution to the enactment of the Basic Act on Sport, the establishment of the Sports Agency, and the passing of the Special Measures Bill for the Tokyo 2020 Olympic and Paralympic Games, and I have personally been looking forward to his appointment as Minister.

“The Tokyo 2020 Olympic and Paralympic Games follows the 2019 Rugby World Cup [in Japan], and I have high expectations that Mr. Endo will demonstrate his extensive capabilities towards the success of the Games.

“Tokyo 2020 will work closely with Mr. Endo and looks forward to further deepening the excellent relations it already enjoys with the national government.

“We will continue to collaborate with the Tokyo Metropolitan Government and all other key stakeholders as an ‘All-Japan’ team working tirelessly towards the success of the 2020 Games.”

One of Endo’s first tasks in his role may be to help to end a row over the cost of the new National Stadium after Tokyo Governor Yoichi Masuzoe last month slammed a proposed ¥58 billion (£31 million/$48 million/€44 million) bill which would have been inflicted on the Metropolitan Government by central authorities.

The figure had been proposed by Hakubun Shimoura, who prior to the new Olympic Ministerial post being created, had been delegated the task of overseeing preparations for the Games on the Government’s behalf in his role as Minister of Education, Culture, Sports, Science and Technology.

International Olympic Committee (IOC) President Thomas Bach expressed concerns over the continued problems with the National Stadium, which has experienced several delays and rising costs, at IOC’s Executive Board in Lausanne with the German believing the continued adverse media reports might cast a shadow over preparations for the Games.