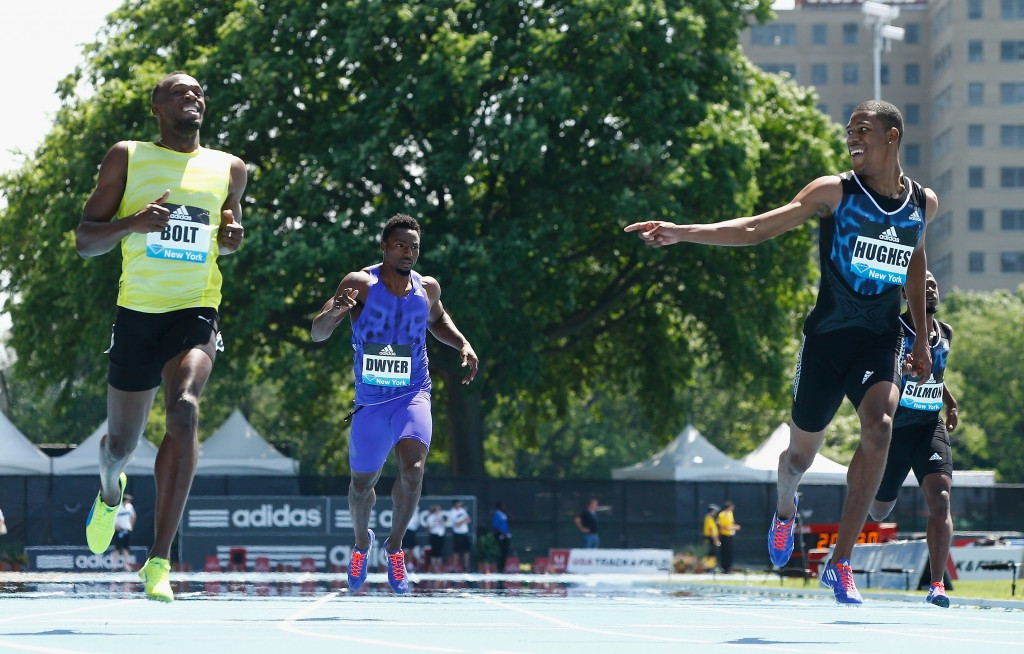 Zharnel Hughes, the 19-year-old sprinter who gave his training partner Usain Bolt a run for his money over 200 metres  in New York City earlier this month, says he is targeting next year's Olympic Games in Rio de Janeiro after being ruled eligible to compete for Britain.

Hughes, born in the British Overseas Territory of Anguilla but has held a British passport since birth, is following the same path followed in 2010 by another Anguillan-born athlete, long jumper Shara Proctor, who has since won world indoor bronze for Britain.

Athletes from Anguilla are unable to enter the Olympics as the Caribbean island is not recognised by the International Olympic Committee.

The 6ft 3in Hughes is already being compared with the Jamaican six-time Olympic champion.

"He is always telling me to do this and that,"

Hughes, who has been training at the International Association of Athletics Federations High Performance Training Centre in Jamaica for several seasons, working with the Racers Track Club coaches alongside Bolt,  is one of five athletes who have now established themselves within the British team after either transferring or choosing to compete.

Shante Little, a 400m hurdler, and Montene Speight, a 400m runner, have also turned their back on America, using their dual-nationality to compete for Britain.

High jumper Victoria Dronsfield has transferred from Sweden to Britain, where her father was born.

He added: “All sprinters I’ve spoken to this morning in the team feel exactly the same as me but daren’t speak out.”

Hughes said he was "ecstatic" and "grateful" to represent Team GB.

"Training with Bolt is a phenomenal experience, it's been a dream come true for me," he added.

"I have been looking at videos and analysing these guys.

"I have always wanted to run against them."

On being compared to Bolt, Hughes added: "I want to make my name out there for myself."

Anguillans can compete at the Commonwealth Games and World Championships.

“The target is the Olympic Games for sure, but right now I am focusing on the World Championships," said Hughes.