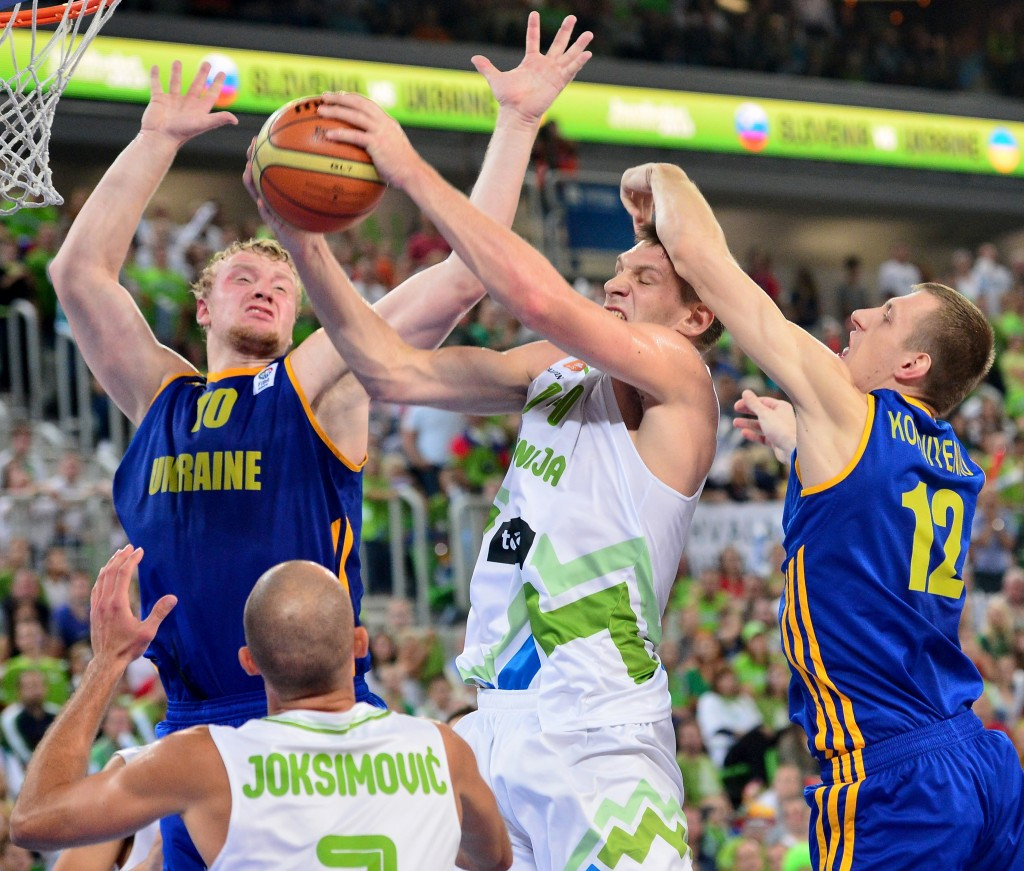 Ukraine have declined the opportunity to host the 2017 EuroBasket due to a lack of funding and the country’s ongoing political turmoil.

The country’s Youth and Sports Minister Ihor Zhadnov has all but ended the prospect of Ukraine hosting the event having been quoted by the Ukrainian News Agency as stating “we are refusing from staging EuroBasket”.

Ukraine had been awarded the 2015 EuroBasket in December 2011 and were was due to host games in Kiev, Donetsk, Lviv, Odessa, Kharkiv and Dnipropetrovsk.

They were stripped of the competition, however, by the International Basketball Federation (FIBA) Europe owing to the ongoing political turmoil in the country and security fears.

It followed several months of doubt following both civil and political upheaval, which culminated in Russia's annexation of the Crimea region in March.

After receiving bids FIBA Europe, announced that the competition would be spread around the continent with the four groups for the 24-team tournament set to take place in Zagreb, Croatia; Montpellier, France; Berlin, Germany; and Riga, Latvia.

The city of Lille is due to the host the knockout and final stage of the competition which will also see qualification for the Rio 2016 Olympics up for grabs.

The 2015 EuroBasket which is set to take place from September 5 to 20, will be the first edition without a second round after FIBA made the decision to scrap it with teams moving directly into knock-out rounds following the group stage.

Although Ukraine were unable to host the 2015 edition as planned, FIBA had confirmed they had held negotiations with officials there about the possibility of hosting the 2017 edition providing that certain conditions had been met.

That prospect, though, now appears to be over.

A potential destination for the 2017 EuroBasket could be the 2013 hosts Slovenia after the Basketball Federation of Slovenia confirmed on their website they had submitted a bid to host one of the group stages of the tournament.

“After a very successful EuroBasket 2013, which took place in four Slovenian cities, the Executive Board of the Basketball Federation of Slovenia at its 9th regular session, adopted a decision to prepare Collaboration candidacy for the organization of one of the groups of EuroBasket 2017,” a statement read.

The 2017 tournament will be the last occasion the EuroBasket will be held on a biannual basis with the event set to move to being held once every four years.