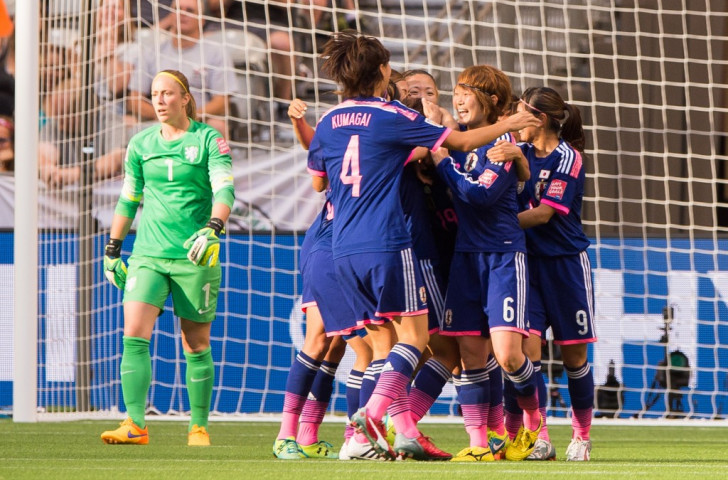 Japan kept their hopes of defending their FIFA Women’s World Cup crown alive as they reached the quarter-finals with a 2-1 victory over The Netherlands at the BC Place Stadium in Vancouver.

The results sets up a meeting with Australia in the last eight as goals from Saori Ariyoshi and Mizuho Sakaguchi were enough to see their side through.

The Netherlands did manage a consolation late on as Kirsten Van Den Ven found the net in stoppage time at the end of the second half with a header that should have been comfortably saved by goalkeeper Ayumi Kaihori.

“There were some close moments in the match,” Japan coach Norio Sasaki said.

“We controlled the game by playing out from a strong defence.

“We’ve never lost to them since I’ve been coach, but they have immense potential nonetheless.”

It was a match the Japanese side always looked like winning right from the off, despite the close scoreline, as they took the lead after just 10 minutes as Saori Ariyoshi reacted quickest when Yuki Ogimi’s header cannoned back off the bar by firing home the opener.

Japan were then unfortunate not to double their advantage as Aya Sameshima’s effort struck the woodwork and Shinobu Ohno also saw her header narrowly miss the target towards the end of the first half.

The Japanese pressure continued after the restart and they were nearly gifted a second goal when Mandy Van den Berg almost turned the ball into her own net from a cross by Nahomi Kawasumi.

The Dutch did have chances of their own, however, and only heroic defending from Kaihori kept the Japanese lead intact and barely a minute later, they all but wrapped up the win as Sakaguchi was allowed to strike a sweet shot beyond the grasp of Loes Gurts in the Dutch goal.

The tournament takes a two-day break before it is due to resume with the first quarter-final between Germany and France at the Olympic Stadium in Montreal on Friday (June 26), before two-times champions, the United States, go up against China.