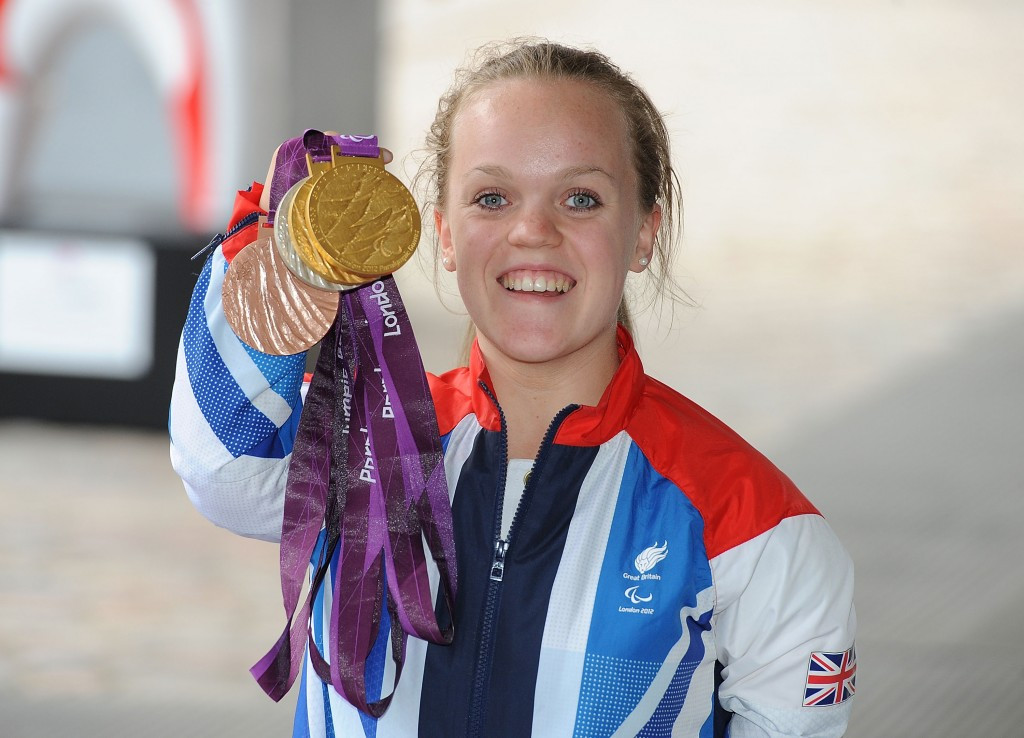 Paralympic champion Ellie Simmonds is set to return to the London Aquatics Centre for the first time since winning four medals there during London 2012 after being named on the British team to compete as part of the celebrations for National Paralympic Day on July 26.

Simmonds, winner of won two golds, one silver and one bronze at London 2012, leads an impressive line-up along with fellow Paralympic champions Ollie Hynd and Jessica-Jane Applegate.

Hot on the heels of the International Paralympic Committee (IPC) World Championships, due to take place from July 13 to 19, as many as 26 of the best British swimmers will take on their international rivals in an elite competition at Queen Elizabeth Olympic Park, marking just over a year to go until Rio 2016.

National Paralympic Day is a celebration which takes place across Britain, and includes the Mayor of London’s Liberty Festival which will be presenting a line-up of deaf and disabled artists, musicians and performers.

“I have such amazing memories from London 2012, the home crowd created such an incredible atmosphere and their cheers pushed us to give our very best performances,” said Simmonds.

“I can’t wait to race there again; to be back in the pool where I won my London 2012 medals is going to be very special.

“I’d really encourage people to come along to Queen Elizabeth Olympic Park and be part of it.

“Not only can people can get tickets to come and watch us compete but there’s going to be so a whole load of activity taking place on the park to celebrate National Paralympic Day, so it’s going to be a lot of fun.”

Hynd added: “It’s incredible to think that London 2012 was nearly three years ago, but with Rio on the horizon I think it’s a fantastic opportunity for the public to come out to enjoy Paralympic sport and cheer on their athletes.

“Our World Championships take place just the week before, so hopefully National Paralympic Day will cap a really exciting few weeks for our sport.”

The swimming action will be held alongside the final day of the Sainsbury’s Anniversary Games, which will incorporate the IPC Athletics Grand Prix Final and welcome the world’s best Para-athletes back to the former Olympic Stadium for the first time in two years.

In addition to the ticketed events, visitors will be able to meet and greet Paralympians and try out a wide range of disability sports for free.

National Paralympic Day is funded by Spirit of 2012, a trust established by the Big Lottery Fund to recreate the spirit from the London 2012 Olympic and Paralympics.

Spirit is committed to funding partners who help challenge perceptions of disability.

Tickets to watch them in action can be purchased by clicking here.