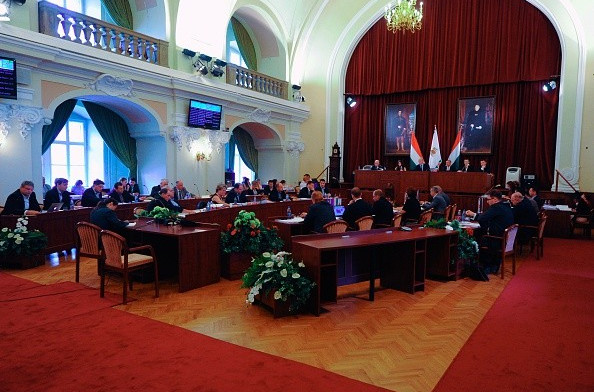 Budapest's bid for the 2024 Olympics and Paralympics has received a boost following a strong vote of endorsement from the Hungarian capital's leading political officials.

Twenty-five members of the city's Capital Municipality voted in favour, with just one abstention and one vote against.

“There are moments when a nation must show her ability to unite," said the city's Mayor István Tarlós, who was originally opposed to a bid being launched.

“Earlier I was sceptical about the organisation of Olympics but the resolution of Agenda 2020 provides great opportunity for smaller cities and smaller countries to successfully bid."

"We should however be cautiously optimistic as no one has been granted with the right to host the Games but we do stand a great chance if we unite.”

Following approval from the Hungarian Olympic Committee earlier this month, the potential bid now passes to the country's Parliament next month, where Prime Minister Viktor Orban - who met with IOC President Thomas Bach in April - seems likely to push for support.

HOC President Zsolt Borkai told the Capital Municipality “the time to realise our dreams has arrived”, adding that political support is vital to make the bid strong enough to succeed.

A similar address was given by two-time Olympic champion fencer Tímea Nagy, who spoke on behalf of all athletes at a ceremony in the centre of the city today.

"It is every athlete’s dream to become an Olympian and every Olympian’s dream to compete on home soil in front of home audience” therefore she also asked Budapest to support the bid," she said.

Four-time Olympic champion swimmer Tamás Darnyi, double Olympic champion gymnast Zoltán Magyar and three-time champion water polo player György Kárpáti were others to attend and speak in support, along with Schmidt, who, as the nation's only IOC member would have a key role to play.

As well as Paris, Italian capital Rome, German city Hamburg and United States contender Boston are the other confirmed bidders, with Budapest likely to bring the total to five.

It remains possible others could enter the fray before the deadline for applications closes in September.