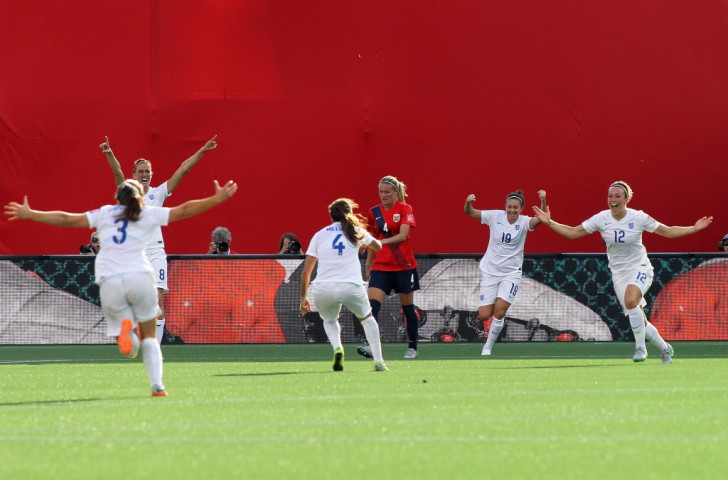 Lucy Bronze’s long-range strike helped England book their place in the quarter-finals of the FIFA Women’s World Cup as they came from a goal down to beat Norway 2-1 at the Lansdowne Stadium in Ottawa.

Solveig Gulbrandsen opened the scoring for Norway just after the restart before Steph Houghton restored parity with a scrappy header from a corner.

With just less than 15 minutes remaining, Bronze unleashed a superb drive from just outside the area which flew into the top corner to send her side through to the last eight, where they will meet hosts Canada.

The 1995 champions Norway began on the front foot as England struggled to find their rhythm, with the searing temperatures not proving conducive to good football.

The Norwegians were much the better side in the opening period but they had to wait until nine minutes into the second half to deservedly take the lead as Gulbrandsen’s back post header found the net via the underside of the crossbar.

But England, who have never gone beyond the quarter-finals, fought back and levelled thanks to Houghton, who rose highest to guide the ball home.

That goal gave the English side renewed vigour and purpose as they went in search of a winner and it came when Bronze was able to beat Norwegian ‘keeper Ingrid Hjelmseth from distance to secure a famous win for her side.

In the other knockout match to take place today, two-times champions the United States safely negotiated the tough test posed by surprise package Colombia as goals from Alex Morgan and Carli Lloyd gave them a 2-0 victory.

In an action-packed contest, Colombian goalkeeper Catalina Perez was sent off after she brought down Morgan when the American was through on goal, although Abby Wambach spurned the opportunity to give her side the lead as her spot-kick sailed wide of the post.

After a period of intense pressure, the United States finally went ahead as substitute goalkeeper Stefany Castano allowed Morgan’s arrowed shot to slip through her grasp.

The Americans had the result all but sewn up on 66 minutes as Cari Lloyd did what her team-mate Wambach couldn’t by scoring from the spot after Megan Rapinoe was hauled down in the box by Angelo Clavijo.

They eventually saw the rest of the match out to set up a mouthwatering meeting with France in the last eight.

The tournament is due to continue tomorrow when defending champions Japan take on The Netherlands at the BC Place Stadium in Vancouver.