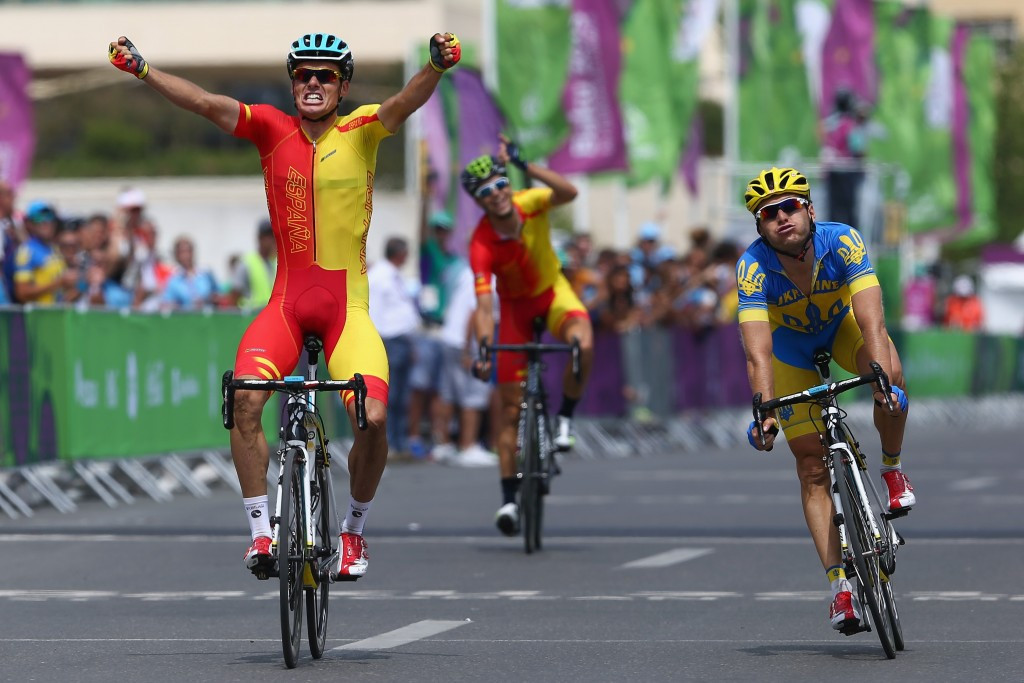 Having secured bronze in the individual time trial just three days earlier, Sanchez benefited from a selfless lead out from his fellow Spaniard Jesus Herrada Lopez in the final kilometre to take the victory in 5 hours 27min 25sec.

The duo had jumped clear of the peloton in the closing stages of the race alongside Ukraine's Andriy Grivko and the Czech Republic Petr Kavoc.

Grivko had compared the course around Baku to a classic owing to various sections of cobbles and the uphill section towards Baku's Old City, providing the perfect launchpad for several attacks during the race, including a hopeful attack by Ukraine's Vitaliy Buts with around 40km to go.

Classics specialists, including four-time Paris-Roubaix winner Tom Boonen of Belgium and The Netherlands' Niki Terpstra, were billed among the favourites to take European Games gold pre-race.

Terpstra was the next man to show his hand, launching a counter-attack upon Buts being wound in by the peloton.

The Dutchman was joined by Jens Keukeleire, but the Belgian immediately annoyed Terpstra by failing to take his share of the pace-making as the duo attempted to build an advantage in the penultimate 14km lap.

Despite cajoling the Belgian into working with him, their lead was short-lived and as the final lap began the race was ignited again by Poland's Maciej Paterski who made his move on the cobbled climb.

He attempted to avoid being forced into a sprint for the line with dangers such as Italy's Elia Viviani still lurking in the leading group.

Just as Terpstra and Keukeleire's attack failed to provide the decisive moment of the race, Paterski's well-timed effort proved futile as Sanchez, Lopez, Grivko and Kavoc powered past the Pole and established a narrow advantage over the chasing pack which would hold to the finish.

With benefit of having two men in the leading quartet, Spain held the tactical advantage and they used it to good effect with Lopez working Sanchez into an ideal position produce a well-timed sprint to take gold.

"I am really happy, I give thanks to my team," Sanchez said afterwards.

"This win is not only for me but for the whole team also.

"I want to celebrate with my team and the people of Spain, and tomorrow with my family in my home."

Grivko's sprint to the line was enough to secure silver, with Kavoc earning bronze ahead of Lopez, who crossed the line in fourth punching the air in celebration at his compatriot's victory.

The quartet were awarded the same finishing time with the chase group containing both Boonen and Terpstra coming in four seconds after the leaders.