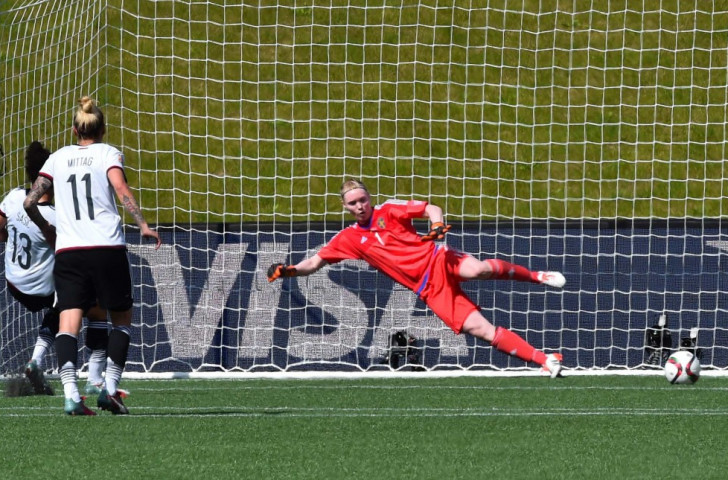 Celia Sacic’s double helped two-times champions Germany into the quarter-finals of the FIFA Women’s World Cup as they cruised to a comfortable 4-1 victory over Sweden at the Lansdowne Stadium in Ottawa.

The result maintains Germany's pursuit of a record third title and they had little problems in dispatching the Swedes.

They were wasteful early on, though, and could have had a hatful in the opening 10 minutes before they eventually broke the deadlock thanks to Anja Mittag.

The 30-year-old striker linked up well with Sacic before she fired home via the post to give her side a well-deserved lead.

The two Germans were key to their team doubling their advantage as Mittag was hauled down in the penalty-area and Sacic stepped up to convert the resulting penalty.

It left Sweden with a mountain to climb and their task got even tougher 12 minutes from time when Sacic netted her second of the match as she was in the right place at the right time to head the ball into an empty net after Simone Laudher’s deflected effort hit the post.

Sofia Jakobsson did manage to pull one back but it proved to be only a consolation as Dzsenifer Marozsan’s curling strike found the top corner to round off a comprehensive victory for the highly-fancied Germans.

In the other round of 16 match to take place, Cameroon’s stay in the tournament came to an end after they were beaten 1-0 by China at the Commonwealth Stadium in Edmonton.

They became only the second African side to reach the knockout round since Nigeria in 1999, qualifying thanks to a superb win over Switzerland in their last group game.

But Wang Shanshan’s 12th-minute volley saw the Chinese reach the last eight at the expense of the Cameroonians, widely praised for their attacking style.

The game’s only goal came when the ball fell to Li Dongna from a deep corner and she was able to hook it back into the box for Wang to fire into the net.

The tournament is due to contine tomorrow with the latest round of 16 matches as Brazil take on Australia, before France entertain South Korea and hosts Canada face Switzerland.