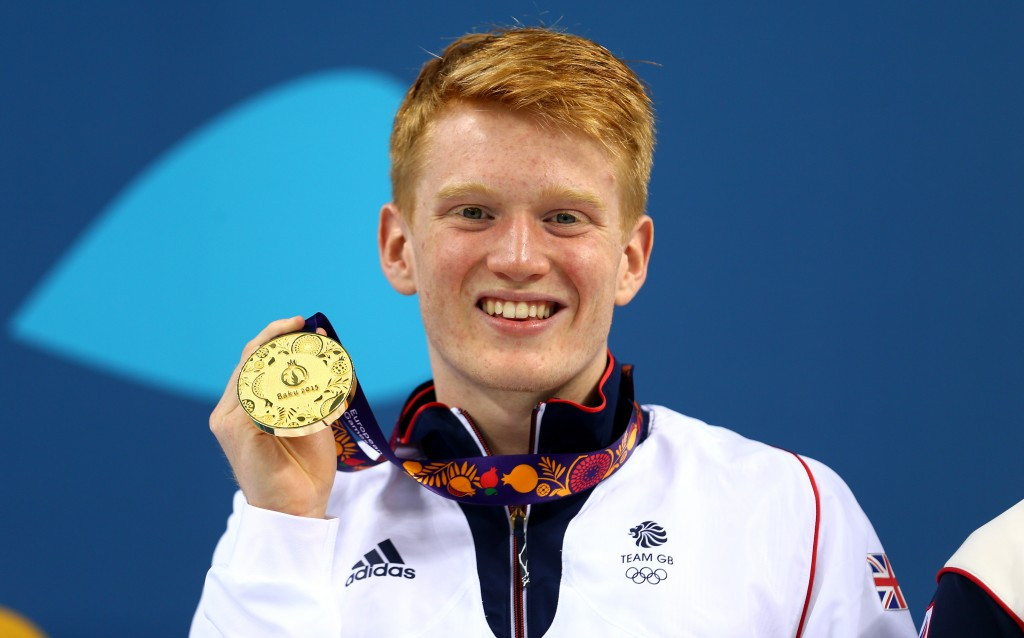 The 18-year-old from Edinburgh revealed that a piece of advice given to him by his sporting forbear, who is now 91, had helped him concentrate fully on taking the unexpected opportunity afforded to him by the favourite for the title, Ilia Molchanov, who eventually took bronze behind Italy’s Ruslan Adriano Cristofori.

The Russian had finished top of the morning qualifying ahead of Heatly, and took what appeared a formidable lead into the fourth of the five final rounds after the first gold of the evening, in the women's 3m synchronised springboard, won by the German pair of Louisa Stawczynski and Saskia Oettinghaus.

The competition tipped at this point.

First Heatly, in second place, embarked upon a forward two and a half somersault 1 twist pike which, although it had a relatively conservative tariff of 3.0, was superbly executed and yielded 73.50 points, the best dive of the night.

Molchanov had to follow that high tariff effort of 3.5 - all dives have to be 3.0s and plummeting from first to fourth place.

"Before the competition I was thinking I had no chance of winning,” said Heatly, who now has a full set of medals having taken bronze behind Molchanov in the 1m springboard final and silver in the synchronised 3m springboard.

“But when Molchanov dropped his fourth dive everything changed.

“My fourth dive turned out to be the key.

“But I had to put it to the back of my mind and concentrate on what I was doing.

“That is what my grandfather has always told me to do.

“He says always to keep calm, block everything out and concentrate on my own performance.

“He’s back home watching me on TV.

“I haven’t had a chance to speak to him yet, but I’m going to phone him later and then when I go back I’ll take him all my videos.”

But Heatly’s parents, Debs and Robert, were in the stands to watch him.

“But I’ve seen him do it before.

“They worked well for me tonight, and I can reveal some 3.4s and 3.5s next year!

“Diving is about gambling.

“It’s about playing the right cards at the right time.”

A similar turn of events occurred in the other medal final of the night, the women’s 3m springboard, where Ukraine’s pair of Diana Shelestyuk and Marharita Dzhusova also lost what looked like a commanding lead with a disastrous dive in the fourth round, but managed, like Molchanov, to salvage silver.