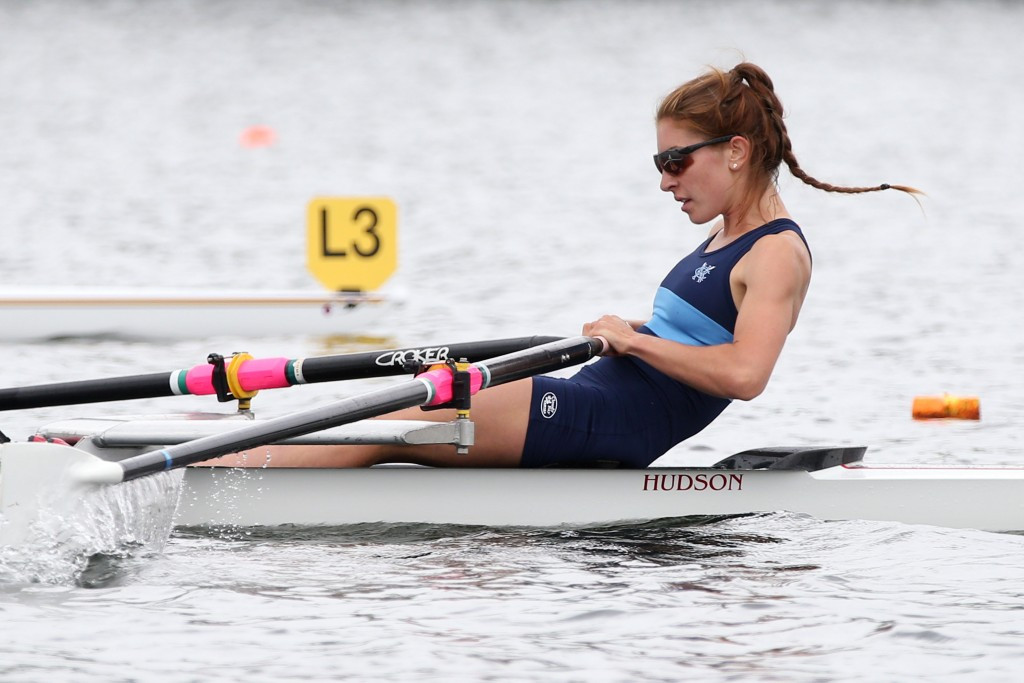 A day of semi-finals and repechage events at the Rowing World Cup in Varese produced two world best times in the women’s programme.

McBride’s was a historic performance as she took four seconds off the mark of 7min 28.15sec set by Constanta Burcica of Romania in 1994 as she crossed the line in 7:24.46 in perfect conditions on the Lago di Varese.

Copeland and Taylor, who impressed in winning the European title last month, offered persuasive evidence that they are a force in world rowing too as they won their semi-final in 6:48.38.

New Zealand’s Sophie MacKenzie and Julia Edward lined up for the second semi-final merely as world champions rather than holders of the world best time, but they were easy winners.

The final should be interesting.

Two other British women contributed to the record books as Helen Glover and Heather Stanning, the Olympic champions, winners of the European title this year, won their women’s pair semi-final in a World Cup best time of 6:53.04, taking three seconds off the previous mark after another characteristic leading-from-the-start effort.

Their main opposition will come from the United States number one crew of Eleanor Logan and Felice Mueller, winners of the other semi.

Meanwhile, Croatia’s world champions in the men’s double sculls, brothers Valent and Martin Sinkovic, continued to impress in their first competition of the season following Valent’s back problems.

They dominated their semi-final as the finished ahead of Poland and Norway’s 2013 world champions Nils Jakob Hoff and Kjetil Borch.

Unfortunately, a meeting with the newly emergent German European champions Marcel Hacker and Stephan Krueger will have to wait as the Germans had to scratch because of illness in the boat.

Britain’s returning London 2012 champion Katherine Grainger continues to be reminded of what a tough task she has set herself in targeting Rio 2016 after taking two years off.

She and her new partner in the women’s double sculls, Vicky Thornley, led for much of their semi-final but eventually had to settle for being third-placed qualifiers behind the US and Germany.

Also waiting in the final will be the Polish crew who beat them to win the European title, Australia’s Sally Kehoe and Olympia Aldersey, holders of the World Best time, and New Zealand’s world champions.

Damir Martin of Croatia, a world champion in the past for Croatia in the quadruple sculls, has made a splash in the men’s single sculls this year, beating world champion Ondrej Synek to take the European title last month.

Martin won his semi-final after racing neck-and-neck with the Czech for most of the race.

But was Synek keeping something in reserve for the final?

Olympic champion Mahe Drysdale of New Zealand won his semi-final without undue stress, as did Kim Crow, Australia’s 2013 world single sculls champion, who made a statement in her semi-final as she pulled clear from the start and finished as she pleased. 7:21.41.

French European champions Jeremie Azou and Stany Delayre dominated their semi-final in the lightweight men’s double sculls, but will have a battle against the Italian pair in the final.

The British women’s eight, having given the world-beating US crew a run for its money on the opening day, will now have the chance of another crack at them after reaching the A final  with victory in the repechage over Australia and China, who also qualified.