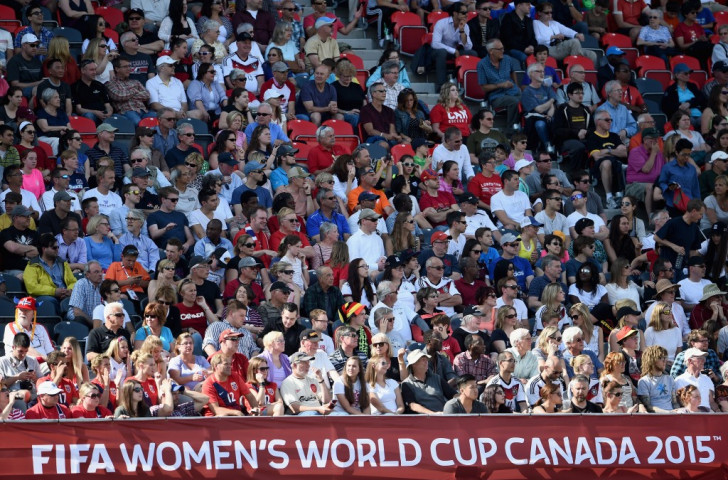 The group stages of this year’s FIFA Women’s World Cup, which came to a conclusion on Wednesday (June 17), broke television records in no fewer than three countries, new figures have shown.

Around 2.3 million people tuned in to watch host nation Canada’s 0-0 draw with New Zealand on June 11 across three different broadcasters, CTV, TSN and RDS, the highest ever recorded for any Women’s World Cup audience in the country.

The United States clash with Sweden, which also ended 0-0, attracted a record 4.5 million viewers on Fox, and proved to be the most popular women’s football match ever broadcast on the channel.

Elsewhere, France’s final Group E match with Mexico was watched by 2.2 million on W9, the largest audience for a football match in the channel’s history.

The news demonstrates the increasing popularity of women’s football across the world, it is claimed, and the group stages of the tournament, due to conclude with the final on July 5, also produced some historic moments on the field.

Swiss star Fabienne Humm was also in record-breaking form in the group stages as her five-minute hat-trick in their 10-1 thrashing of Ecuador was the quickest ever scored in the competition’s history.

The opening game of the tournament between Canada and China was watched by 53,058 spectators at the Commonwealth Stadium in Edmonton, the highest for any Canadian national team, while the group stage as a whole attracted a total attendance of 885,369.

There has also been an increase in digital statistics for the World Cup as the FIFA website was visited by 9.8 million unique users during the opening phase.

The competition is due to continue tomorrow with the first knockout matches as Germany play Sweden at the Lansdowne Stadium in Ottawa before China take on Cameroon in Edmonton.