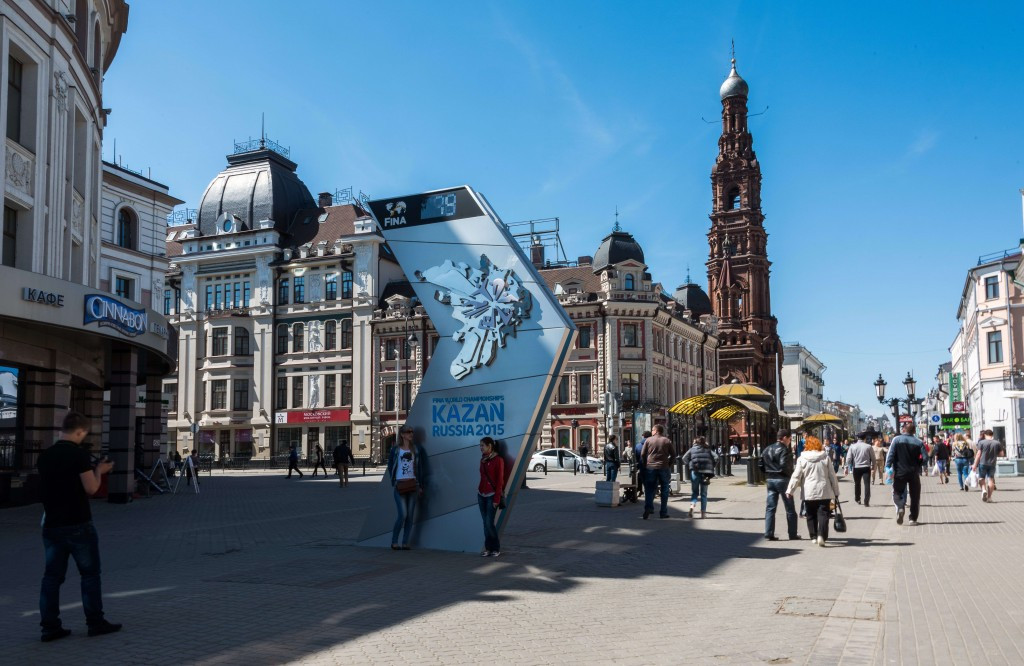 The top eight ranked competitors or teams in each event will be entitled to receive prize money in Kazan, where the Championships are set to take place from  July 24 to August 9.

This marks an upturn from the previous editions of FINA’s flagship event, where only the best six were rewarded.

“Our World Championships generate great performances and we must award our Stars for their contribution to the enhancement of the aquatics’ image worldwide.”

FINA introduced a prize money policy for its World Championships, starting from the 2007 edition in Melbourne, where only the medallists were rewarded.

At the 2013 instalment in Barcelona, FINA had enlarged this distribution to the best six in each event, with a total prize fund of $3.1 million (£2 million/€2.7 million).

“Going from $3.1 million in 2013 to $5.5 million in 2015 is also a proof that the value of our World Championships is steadily growing, being presently one of the most popular sport events in the planet,” added Maglione.

This came less than a month after it emerged that International Olympic Committee members were getting an increase in their expenses coincident with the Movement’s transparency drive.


Related stories
April 2015: FINA reveals 33 per cent hike in per diem payments for top brass
April 2015: David Owen: IOC members look to be in line for an increase in expenses - along with more transparency
April 2015: Bach receives €225,000 a year for being IOC President
March 2015: FINA paves way to abolish age limits and create role of first vice-president
January 2015: Thomas Bach: We must "be the change we want to see"