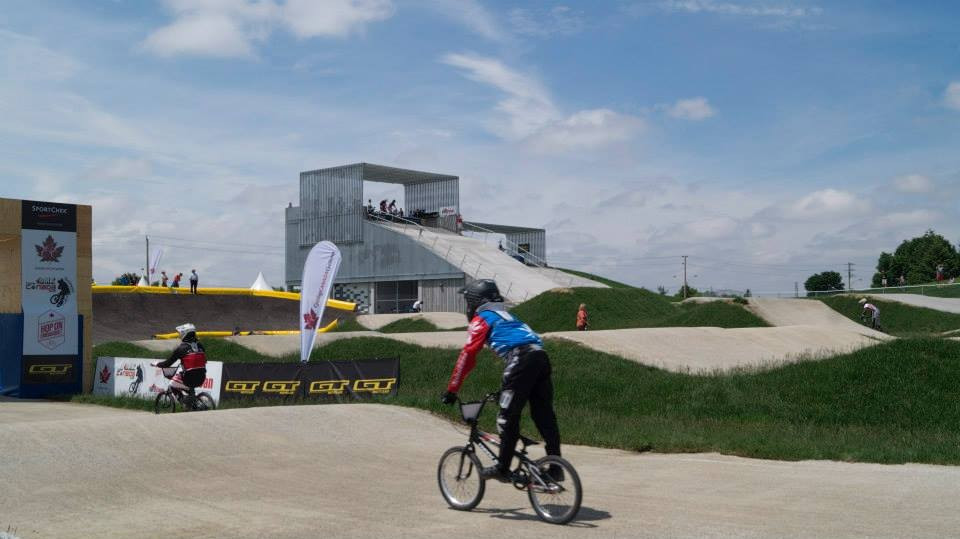 Toronto 2015 have officially opened the Centennial Park Pan Am BMX Centre in a special ribbon cutting ceremony, before a demonstration was held by top athletes.

The BMX Centre is a new addition to the Centennial Park, opened in 1967 to celebrate Canada’s 100th anniversary, and is home to Ontario Province’s first-ever BMX supercross track.

Both the Government of Canada and City of Toronto officials helped with the funding of the project and they were joined at the unveiling of one of the Pan American Games most eagerly anticipated venues by representatives of Toronto 2015 and their partner the Province of Ontario.

“The Centennial Park Pan Am BMX Centre is a part of the Toronto 2015 Games legacy,” said Saäd Rafi, chief executive of Toronto 2015.

“The Centre has already received rave reviews from athletes and will bring a whole wave of new ones to Ontario after the Games have finished.

“There are so many exciting moments bringing these Games to life.

“With less than a month to go until Games time, momentum is building and tickets to popular events, like BMX, are selling out.”

A total of 22 male and 15 female riders are set to compete on the track at the Pan American Games facility featuring an eight-metre start ramp and a closed-loop-design track design.

Toronto 2015 hope the track will provide a substantial test for the continents top cyclists as it features challenging jumps, tight bends, berms and obstacles.

Two athletes who will be competing in front of a home crowd at the venues next month will be Amelia Walsh and Tory Nyhaug, wbig medal hope for Canada having earned silver at the 2014 International Cycling Union (UCI) BMX World Championships.

The pair were given an opportunity to demonstrate the sport to those who attended the unveiling as excitement builds ahead of the Games, due to take place  from July 10 to 26,

They are due to be joined at the Games by several of the sport’s biggest names, including Colombia’s London 2012 Olympic gold medallist Mariana Pajón and the United States’ Connor Fields, the defending Pan American Games champion in Toronto.