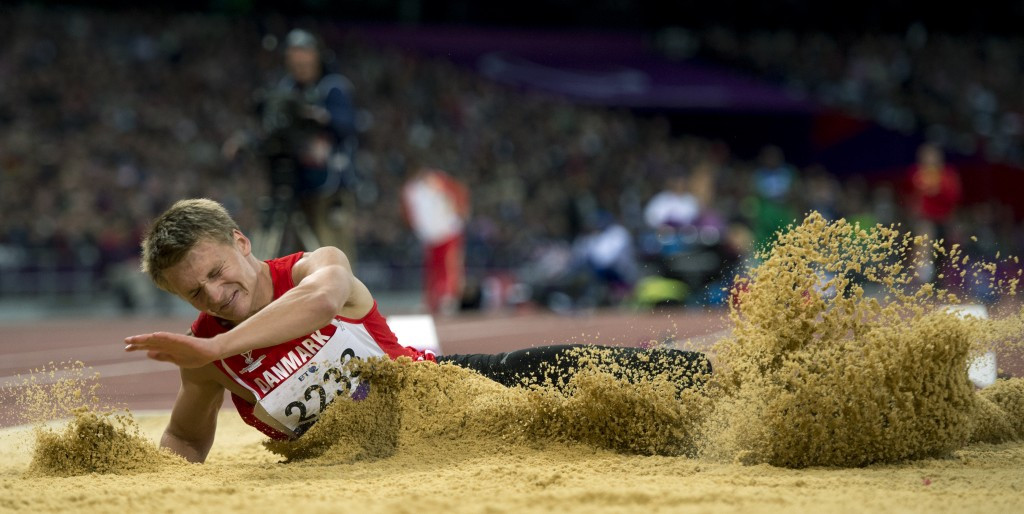 The 22-year-old European silver medallist first bettered the mark of 6.50m, set by Germany's Wojtek Czyz at Beijing 2008, by one centimetre at a meeting in Leverkusen, Germany, earlier this month.

That record stood for just over a week after Jorgensen added two centimetres to his previous best in the afternoon's find round.

"I am very grateful for this world record,” said Jorgensen, who earlier in the day won his 100m race in 13.29sec.

“It's awesome I've bettered [it by] two centimetres in just a few days.

"The conditions were very good, there was no wind.

Strong headwinds during the morning session scuppered any chance of world records over 100m, but a number of world leads were posted during the afternoon session over 400m and 800m.

The Ukrainian duo of Olena Gliebova and Natalia Iezlovetska also set 2015 world lead times over 400m in the T13 and T20 classes with times of 57.44 seconds and 60.80respectively.

The day’s action started with multiple 100m races across many classes.

After becoming the world's fastest female Para-athlete earlier this year, South Africa's Ilse Hayes was well outside of her 11.89 world record with a time of 12.42.

So too was home favourite Martina Caironi, May's Allianz Athlete of the Month, after posting 100m and 200m T42 world records last month.

Out in the field, Italian Giada Agostini won the women's triple jump T12 with a leap of 7.43m, a national record.

A third round leap of 5.15m was enough for Russia's Kristina Minakova to comfortably win the women's long jump T20, while 5.03m secured victory for Greece's Styliani Smaragdi in the women's F13/35-38/42-47 equivalent.

Victories in the triple jump went to Tunisia's Amel Aounia in the women's T20 and Saudi Arabia's Asaad Sharaheli in the men's T20-47.

World record holder Assunta Legante, who holds the Paralympic, world and European titles, claimed another crown with a world leading throw, 14.67m, in the women's F11-13/F20.

The action in Grosseto is due to finish tomorrow.