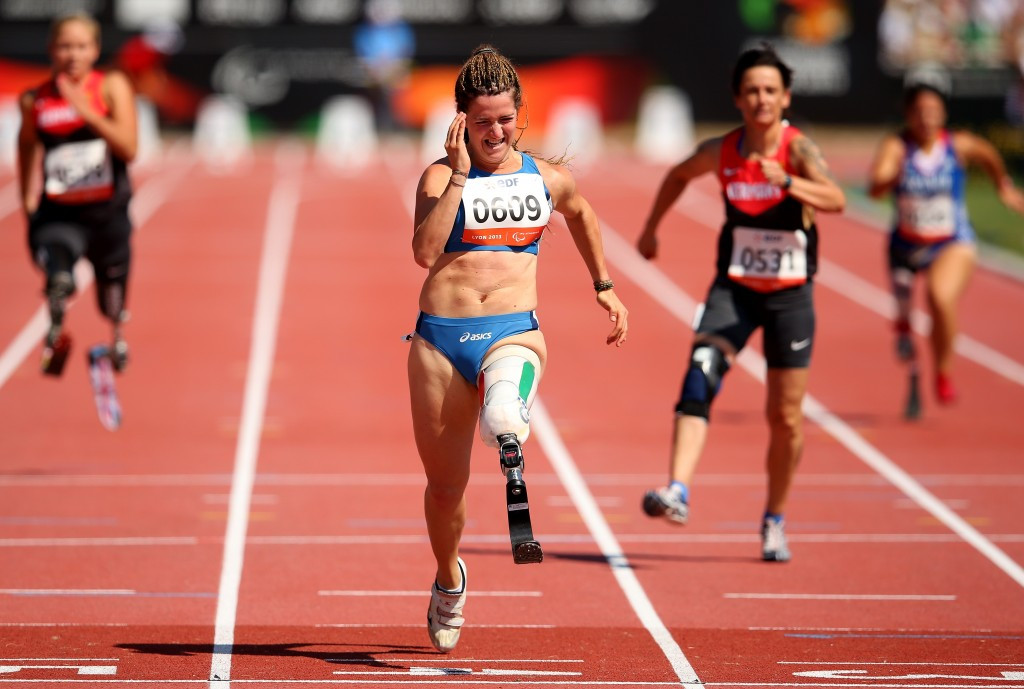 Home favourite Martina Caironi heads the field at the latest International Paralympic Committee (IPC) Athletics Grand Prix in Grosseto, Italy, with three days of competition due to be held from tomorrow until Sunday (June 14).

Caironi enters the meet in stunning form having equalled the T42 long jump world record of 4.60 metres in Barcelona, Spain, before setting world records in the 100 and 200m events in Nottwil, Switzerland, just two weeks later.

The Italian is sure to great support at the Carlo Zecchini Stadium, along with several of the country’s other top athletes including Oxana Corso, a double T35 world sprint champion, Annalisa Minetti, T11 world 800 metres  champion and F11 Paralympic and world shot put champion Assunta Legnante.

Located in the Tuscan city, the Carlo Zecchini Stadium will also play host to the 2016 IPC Athletics European Championships and fans will be able to get a flavour of next year’s event with several international stars of track and field set to compete.

Cuba's five-time Paralympic champion Yunidis Castillo, winner of T46 100, 200 and 400m titles at London 2012, and France’s Paralympic T37 100m gold medallist Mandy Francois-Elie, will be among the elite athletes competing in their first Grand Prix’s of the series.

South African sprint stars Ilse Hayes, Hilton Langenhoven and Jonathan Ntutu will also be in action on the Italian track, with Hayes fresh from becoming the world’s fastest female Para-athlete having posted a time of 11.89sec in the T13 100m in Sao Paulo Grand Prix in Brazil.

Langenhoven and Ntutu are set to resume their rivalry in the men’s T12 400m event having faced each other in São Paulo over 200m, in which Ntutu stormed to victory in 22.52, while Langenhoven then proceeded to win the long jump.

Additionally, the meeting will also see T38 100m world record holder Sophie Hahn of Britain attempt to see off competition from her compatriot Olivia Breen over the distance, while their teammate Paul Blake will bid for titles in the men’s T36 100 and 400m races.

With the 2015 IPC Athletics World Championships due to be held from September 22 to 31 in Doha, the Grand Prix presents another excellent opportunity for athletes to continue to build their preparations ahead of the event.

As a result the eighth leg of the 10 event Grand Prix series is expected to see 470 athletes from 38 nations competing, a record number for the event which also doubles as the Italian Championships.

Following the conclusion of the Grand Prix in Italy, the next event is due to be held in Berlin from June 16 to 18, before the IPC Athletics Grand Prix Final completes the series at the London 2012 Olympic Stadium on July 26.