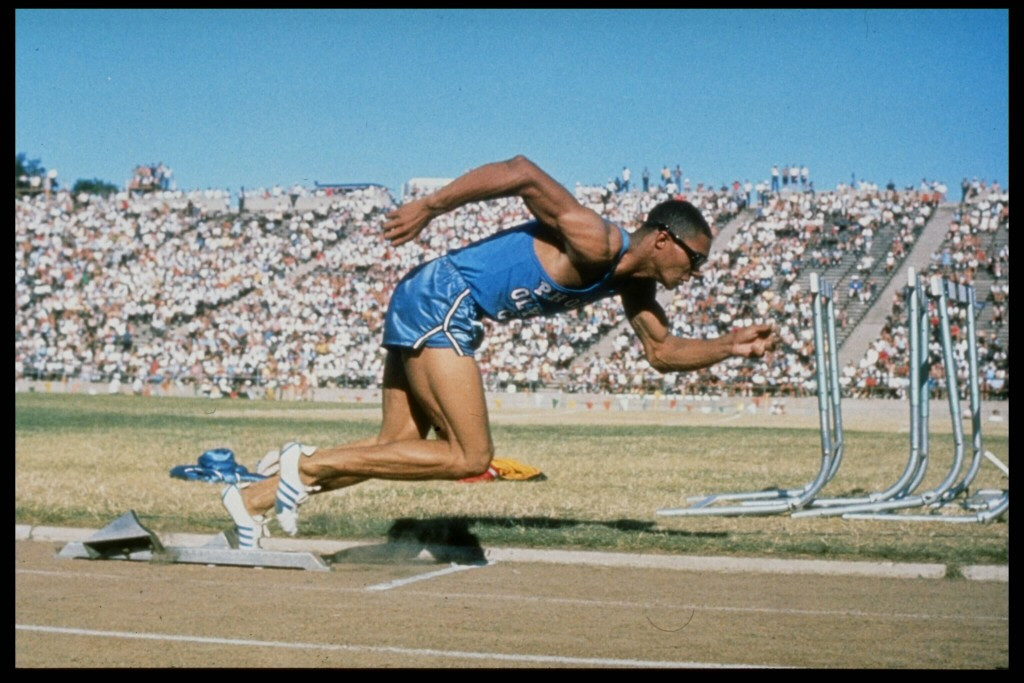 Carr, born in Montgomery, Alabama, made a name for himself in athletics in 1962 when, aged 19, he ran 200 metres in 20.5sec, making him third fastest in the world that year.

A year later, competing for Arizona State University, he set a world record of 20.3 over 200 yards, a mark he improved to 20.2 the following year on the same track in Tempe.

Despite this, the 21-year-old Carr only just made it onto the US team for the Tokyo Olympics having finished fourth in the trials.

The selectors were apparently impressed with his semi-final performance.

Their confidence was not misplaced.

Carr won a second gold medal a few days later, anchoring the US team to gold in the 4x400m.

His split of 44.5 helped a quartet which also included Ollan Cassell, Mike Larrabee and Ulis Williams smash the world record by one-and-a-half seconds with a time of 3min 00.7sec.

His speed caught the eye of NFL scouts, and following the Olympics he signed for the New York Giants after being drafted in the fourth round.

He played there for three seasons as a defensive back.

Carr, who was inducted into the USATF Hall of Fame in 1997, told the Associated Press in 1966: "Winning the Olympics was more of a personal, individual achievement.

"I think football is even more of an achievement for me.

"I can do more concrete things for myself and use football as a stepping stone for the future, along with my Olympic connections.

Carr, who had two children, died after suffering from cancer.