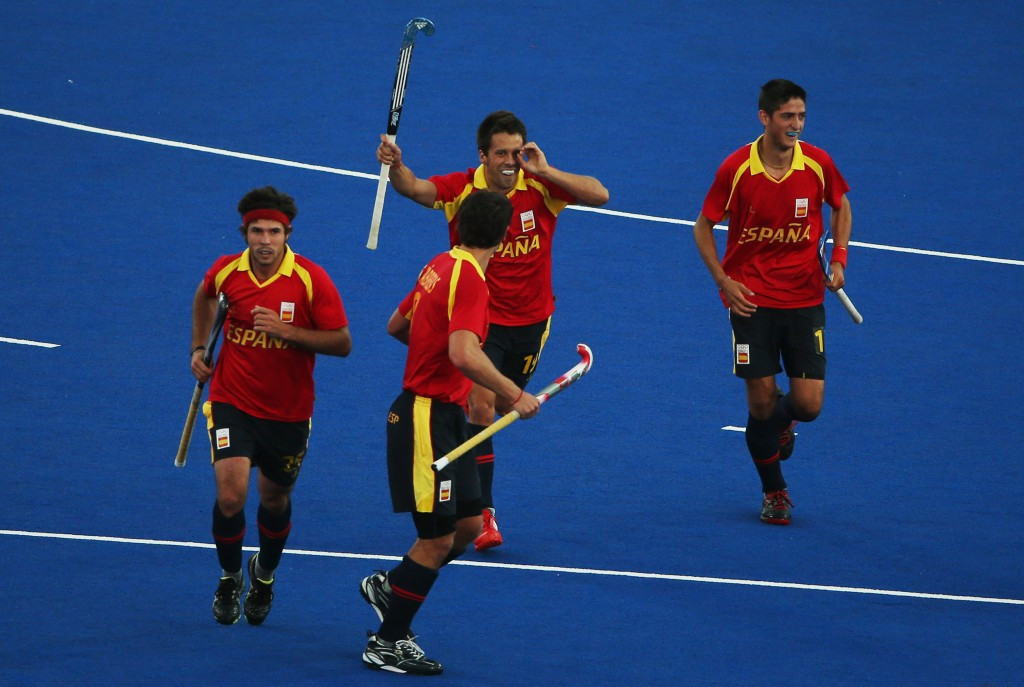 Pau Quemada set the Spanish on the road to victory, superbly converting a penalty corner early on before Andres Mir doubled the lead at the start of the second quarter.

The Austrians pulled themselves back into it through a Dominic Uher penalty corner goal, but it proved to be in vain as Xavi Lleonart and Quemada scored either side of half-time to seal the win.

Elsewhere in Pool B, Argentina moved back to the top of the standings as a late goal from rising star Gonzalo Peillat saw them defeat Olympic champions Germany 4-3, and maintain their unbeaten streak.

Pedro Ibarra’s penalty corner goal put the host nation in front, before Juan Gilardi extended their advantage with a penalty stroke goal inside the first quarter.

Florian Fuchs and Christopher Zeller brought Germany back onto level terms going in at half-time, and although Peillat converted a 53rd minute penalty corner to restore Argentina’s lead, they were pegged back again as Tobias Hauke scored a penalty corner goal shortly after.

But not to be denied, Peillat fired home another penalty corner with two minutes remaining to snatch the all-important three points.

Meanwhile in Pool A, South Korea secured their place in the quarter-finals after overcoming Egypt 7-3, a result which also ensured a last-eight berth for Japan.

Nam Hyunwoo and Jang Jonghyun brought South Korea from behind after Egypt’s captain Amr Elhady had opened the scoring, and although they found themselves in a losing position again after Mohamed Essam and Hamad Atef struck either side of half-time, goals from Lee Namyong, Lee Jung Jun, Kang Moonkyu and You Hyosik in the last quarter earned them a 7-3 win.

The other Pool A encounter saw New Zealand earn a 1-1 draw with The Netherlands, as Nick Haig’s last-gasp strike from a penalty corner cancelled out Jeroen Hertberger’s first-half opener.

Both teams remain unbeaten in the event with The Netherlands leading the rankings by virtue of their superior goal difference.

Having both lost all four of their matches and finished bottom of their respective Pools, Austria and Egypt will meet in the classification match next Thursday (June 11) to determine who finishes in ninth position.

Spain, South Korea and Japan join The Netherlands, New Zealand, Germany, Argentina and Canada in the quarter-finals, which are scheduled to take place on the same day.

The round-robin action is due to conclude on Tuesday (June 9) with two matches in both Pool A and Pool B.

The Netherlands meet Japan before South Korea face New Zealand in Pool A, while Germany's match against Canada is followed by Spain's encounter with Argentina in Pool B.