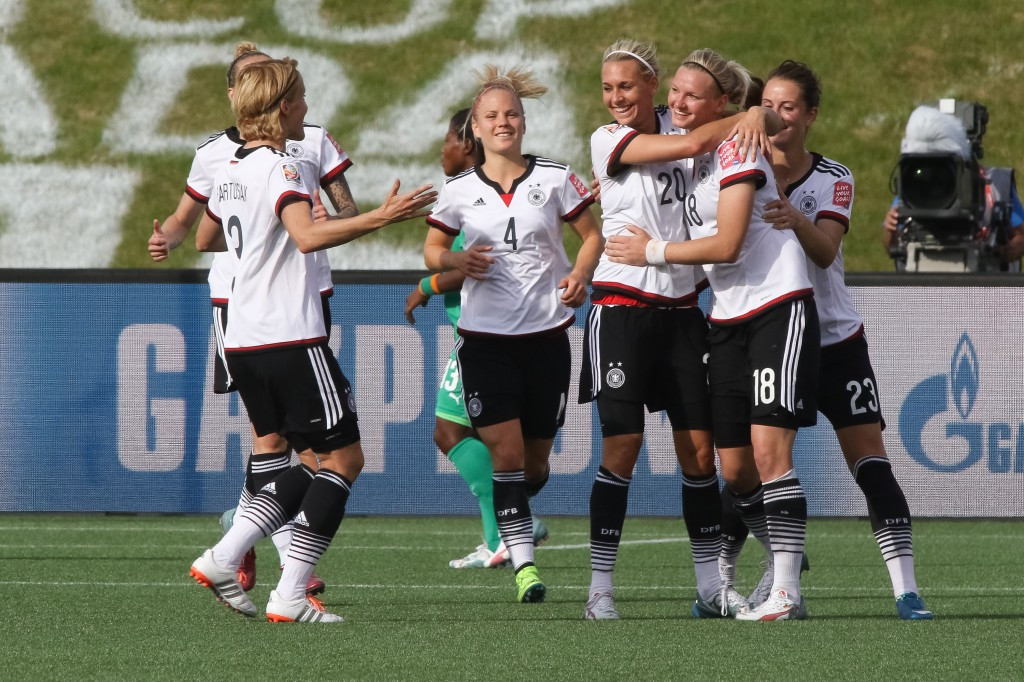 The world's top-ranked team found themselves 5-0 ahead inside 35 minutes thanks to a hat-trick from Celia Sasic and an Anja Mittag brace.

Mittag added a third goal to her tally in the second half, before Simone Laudehr, Sara Dabritz, Melanie Behringer and Alexandra Popp completed the rout.

The victory fell one goal short of the Women’s World Cup record, 11-0, set by Germany against Argentina in 2007.

“We had judged them to be better than they were today,” said Germany coach Silvia Neid in reference to Ivory Coast.

“We were very focused and concentrated heading into the match.

“We scored early on, and stood our ground, we outran them, and we are glad that we took home the three points.”

Ivory Coast are the lowest-ranked team in the tournament, 67th in the world, and are making their World Cup debut.

The African nation had a goal ruled out after Binta Diakite was adjudged to have fouled German goalkeeper Nadine Angerer, while Ange N'Guessan headed over the crossbar late on with the goal gaping.

"From this game, we have positive points we can take out - the experience," said Ivory Coast coach Clementine Toure.

"It's our first participation in the World Cup, and there was a great crowd here.

"Our girls discovered something today - a high level of competition, and it did have an effect on us a little bit.

"We must forget the score from today, forget the negative points, and learn from this.

"Playing the best team in the world is also the best way to learn for us."

Germany's next Group B encounter is against Norway, winners of the competition in 1995, who overcame Thailand 4-0.

Isabell Herlovsen bagged two first-half goals after Trine Ronning had opened the scoring with a free-kick, and the three points were sealed when Ada Hegerberg struck in the 68th minute.

Tomorrow's Group C action is due to see Cameroon meet Ecuador and reigning champions Japan face Switzerland, while in Group D, Sweden go up against Nigeria and the United States do battle with Australia.