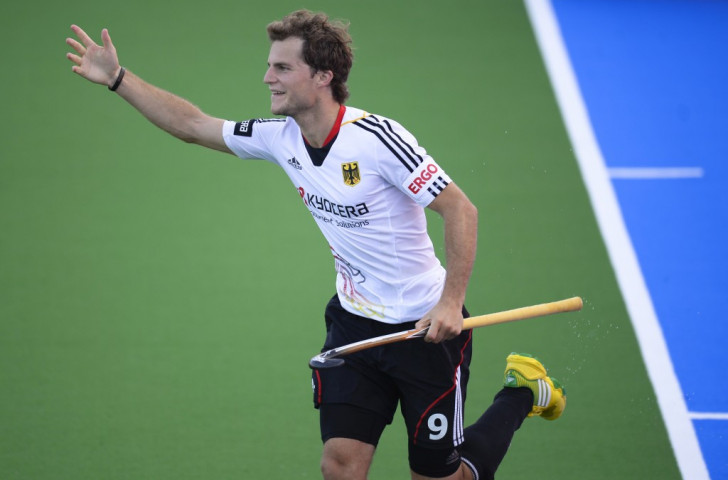 Olympic champions Germany booked their place in the last eight of the Hockey World League semi-final event with a resounding 5-0 win over Austria in Buenos Aires.

The London 2012 gold medallists got off to a decent start and they went ahead after just 11 minutes thanks to a neat finish from Niklas Wellen following good work from Mats Grambusch.

They had to wait until 40 minutes into the contest to double their lead however as the Austrian defence remained resolute, until Oscar Deecke rounded off a neatly-worked move to make it 2-0.

Christopher Zeller then converted a penalty corner to extend the German’s advantage and further strikes from Christopher Rühr and Grambusch gave the scoreline a dominant feel against their neighbours.

“We didn’t really use our chances in the first half,” Christopher Rühr said.

“We changed our game structure in the second half which allowed us to create more opportunities.”

The Germans will be joined in the quarter-finals of the competition by hosts Argentina after Gonzalo Peillot’s delicate flick late on handed the hosts a hard-fought 2-1 victory against Canada.

Following a tense, goalless opening first period, Argentina edged ahead by virtue of a well-taken penalty stroke from Juan Gilardi after teammate Facundo Callioni was fouled.

But Canada, who had won their opening two matches going in to the clash with the home nation, fought back valiantly and restored parity when Sukhi Pansar rounded his defender before firing home the equaliser.

There was to be one more twist in the tale, though, as Peillat’s deft finish beat Canadian goalkeeper David Carter, who had enjoyed a superb match, largely keeping the potent Argentinian attack at bay.

Despite the victory, Argentina’s Agustin Mazilli was far from pleased with the performance, admitting that improvements must be made if they are to go further in the tournament.

“We need to act more as a team.

“This needs to be better tomorrow when we play Germany.”

The other match tomorrow sees Canada and Spain battle it out for the fourth and final available berth in the last eight.