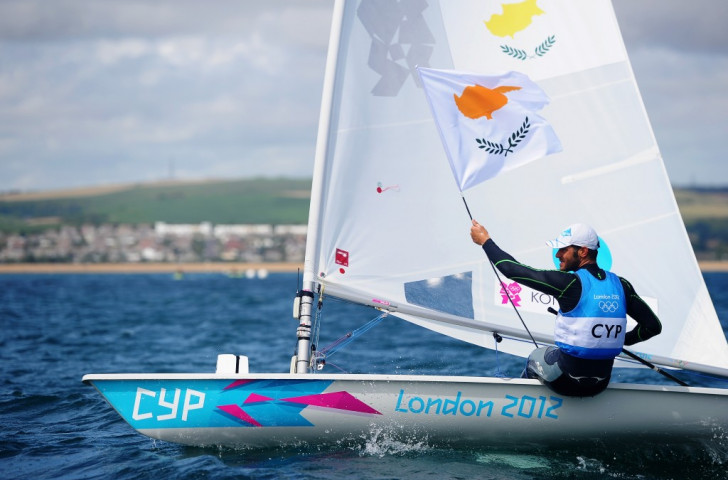 Cypriot Pavlos Kontides returns to the scene of his historic performance at the London 2012 Olympic Games when he competes at the International Sailing Federation (ISAF) Sailing World Cup event, due to begin in Weymouth and Portland tomorrow.

Kontides became his nation’s first-ever Olympic medallist with silver in the laser class three years ago and will be hoping he can go one better in the fourth World Cup competition of the season.

“The best sporting moments of my life are obviously from Weymouth,” he said.

“Scoring two bullets on the second day of the Olympics, holding the yellow jersey mid-way through and finally, glory for myself, my family, my team and my country's first ever Olympic medal.

"The World Cup is a perfect opportunity for me to visit the same place where it all happened.

“It will just always feel special to me and a strong bond will exist due to the memories.”

Australian Tom Slingsby, winner of the laser class gold medal at London 2012, has opted not to compete at the event in order to focus on the Americas Cup, while bronze medallist Rasmus Myrgren of Sweden will also not be in action.

Britain have a strong team that will participate on home waters and perhaps their best chances of a medal comes in the men’s and women’s RS:X category.

World number one Bryony Shaw arrives at the World Cup competition desperate to return to form following a disappointing seventh-place finish in Hyères, France, in April.

She will face tough opposition from former top-ranked Italian Flavia Tartaglini and compatriot Isobel Hamilton although she remains a good prospect of adding gold in Weymouth to the title she won in Miami at the turn of the year.

In the men’s RS:X class, Olympic silver medallist and home favourite Nick Dempsey will be the one to beat and his strongest challenge is likely to be provided by the trio of Brazil's Ricardo Santos, China's Aichen Wang and Hong Kong's Michael Cheng.

Elsewhere, The Netherlands’ London 2012 laser radial runner-up Marit Bouwmeester goes up against bronze medallist Evi Van Acker and Annalise Murphy of Ireland, who narrowly missed out on a podium finish three years ago.

“I have great memories of Weymouth,” Van Acker said.

“The conditions during the Olympics were fantastic with good winds and sunshine every day.

“I'm looking very much forward going back to the Olympic venue.”

Racing in Weymouth and Portland begins on Wednesday (June 10) and the event will also feature competitions in the Nacra 17, Men's and Women's 470, 49er, 49erFX, Finn and Paralympic categories.