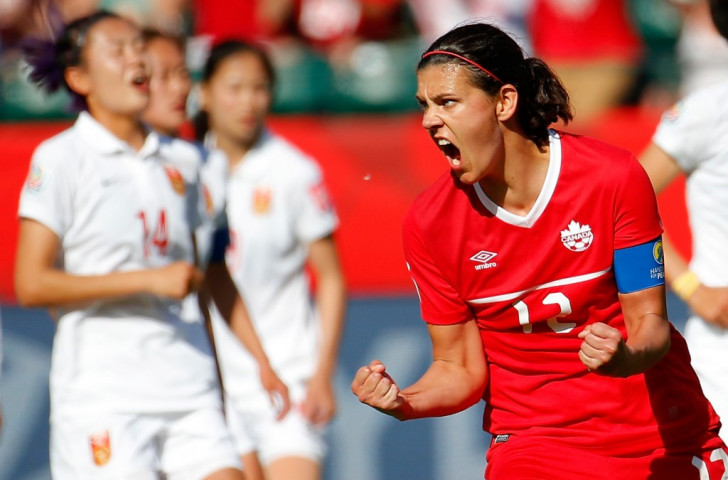 Canada striker Christine Sinclair converted an injury-time penalty to give the host nation a dramatic 1-0 victory over China on the opening day of the FIFA Women’s World Cup at the Commonwealth Stadium in Edmonton.

The match, played in front of a record crowd of 53,058, the biggest in Canadian men's or women's football history, looked to be heading for a goalless draw until China’s Zhao Rong fouled Adriana Leon in the penalty area.

Sinclair then demonstrated her calmness under pressure, coolly slotting away the penalty to ensure Canada got their Group A campaign off to a winning start.

“Of course, it's the opening game of the World Cup in front of 50-some-odd-thousand fans with the game on the line.

“Yeah, it's nerve-racking, but I live for those moments."

Despite just the solitary goal being scored, the game between Canada and China provided the record attendance with an entertaining beginning to the event, which is set to conclude with a final on July 5.

The Chinese side may count themselves unlucky that they did not  emerge with at least a point after Gu Yasha’s free-kick struck both posts before bouncing to safety.

Canada’s Josee Belanger then rattled the bar with a rasping drive and neither side could quite find the net, before Sinclair’s moment of composure late on handed them the three points.

In the other contest to be played on the opening day, The Netherlands earned a narrow 1-0 win against New Zealand courtesy of a 33rd-minute curling strike from Lieke Martens.

The tournament is the largest in the competition’s history with 24 nations participating for the first time, but has been somewhat overshadowed by recent tumultuous events concerning world football’s governing body.

As well as the mire of corruption that FIFA finds itself in, there was also controversy leading up to the tournament as 84 players from 13 countries were involved in a lawsuit against the Canadian Soccer Association and FIFA over the use of artificial pitches.

The competition will use artificial surfaces throughout and the reasons for the opposition were clear in the first match as the ball continued to roll unevenly.

Norway are due to face Thailand today as Group B gets underway before Germany entertain debutants, the Ivory Coast.