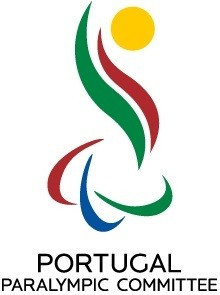 The Portuguese National Paralympic Committee (CPP) has been honoured by the country's President Aníbal Cavaco Silva at a ceremony celebrating the achievements of some of its most decorated former athletes.

The CPP was awarded the Honorary Order of Infante Dom Henrique, a tier of the Portuguese National Order of Knighthood, at the "Tribute to National Sports" event.

The Olympic Committee of Portugal was also recognised, along with 16 Paralympic, Deaflympic and Olympic representatives from the European nation.

Alves, who received the Commander of the Order of Infante Dom Henrique, was a bronze medallist in the mixed individual C1 boccia event at the Seoul 1988 Paralympic Games.

Coelho, a four-time Paralympic gold medal-winning track runner, and Olga Pinto, winner of the women’s C1 distance and precision throwing events at Seoul 1988, were also bestowed with the honour.

Meanwhile, Lopes, who topped the podium in the men’s T11 400 metres and T13 4x400m at Sydney 2000, was the recipient of a more senior ranking - Grand Officer of the Order of Infante Dom Henrique.

“The Tribute of National Sports and the awards granted, mark a historic moment in the Portuguese Paralympic Sport, and also in our national sports in general, signifying the deserved recognition of the work, overcoming of adversities and value of Paralympic athletes and the Paralympic Movement in parallel as its Olympic counterpart,” said Humberto Santos, chairman of the CPP, who began the ceremony by addressing the attendees.

“We hope that this event held by the highest representative of the Portuguese nation may turn into an example of inclusion and equality and make people start to, not only, pay attention to Paralympic sports, but also look at it as simply sports.”