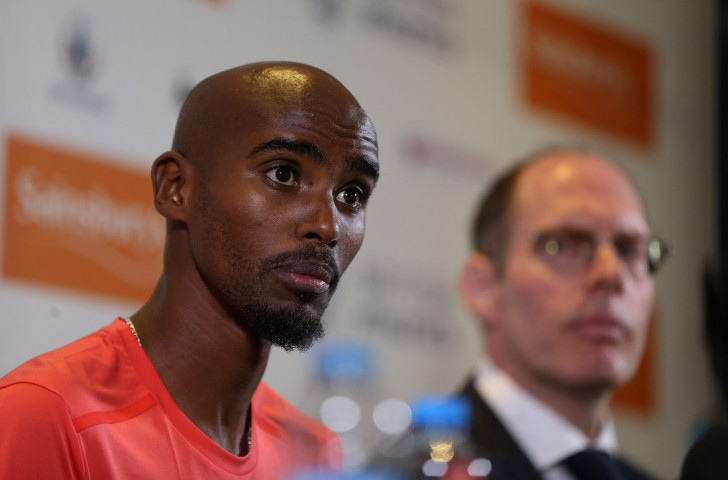 An angry and upset Mo Farah insisted today that he will not end his relationship with Alberto Salazar after saying he has "not seen any clear evidence" that his coach has been involved in doping.

But he added that he would be “the first person to leave him” if allegations made in last week’s BBC Panorama programme turn out to be true.

Speaking in Birmingham ahead of tomorrow’s International Association of Athletics Federations (IAAF) Diamond League meeting, Farah said: “I’m not leaving Alberto, for the reason I’ve not seen any clear evidence.

"I spoke to Alberto [on Friday night].

"I got on the phone and said to him, ‘Alberto, what’s going on?’ and he said, ‘Mo, I can prove this to you it’s just allegations, I’ll show you some evidence’, and I said, ‘Okay’.

“I’m really angry at this situation.

"I haven’t done anything but my name’s getting dragged through the mud.

"It’s something not in my control but I want to know answers, I need to know what’s going on - if these things are true, if they’re not true.

"If they turn out to be true, and Alberto has crossed the line, I’m the first person to leave him."

There were no suggestions in the documentary that Farah, who joined the Nike Oregon Project in 2011, had done anything wrong.

Salazar has denied allegations that he was party to Farah’s training partner, Galen Rupp, taking testosterone in 2002, when he was still in high school, and further suggestions that Rupp had been using testosterone cream.

Rupp has also insisted he has never breached any anti-doping rules.

Farah admitted the controversy had "affected" him before he races at the Sainsbury’s Grand Prix at Birmingham’s Alexander Stadium.

"My reputation is getting ruined," he said.

"You guys [the media] are killing me.

“Alberto is the only person I have spoken to.

"I have not spoken to Galen but he needs to answer some questions.

“I’m a clean athlete, against drugs 100 per cent, and anyone who isn’t should be banned for life.

"I want to know the answers and the easiest thing to do would be to jump.

"The headline is ‘Mo coach’ and it’s not fair on my family, kids.

Earlier, UK Athletics said in a statement that it had had "absolutely no concerns" over the pair working together - but added that it had set in motion a “focused review” of the “performance management system” around Farah, who has been working with Salazar at the Nike Oregon Project since 2011.

“Whilst acknowledging the gravity of the allegations, UK Athletics can confirm it has had absolutely no concerns over the conduct and coaching methods of Alberto Salazar in relation to Mo Farah or in his role as an endurance consultant," a UK Athletics statement claimed.

“As an organisation with a proven anti-doping commitment, we view the allegations made in regard of non-British athletes who have been coached by Alberto Salazar with utmost seriousness.

“It is the role of the appropriate independent anti-doping agencies to investigate these further.

“We repeat our call for them to do so at the earliest opportunity, and to share those findings so that we can take any appropriate actions.