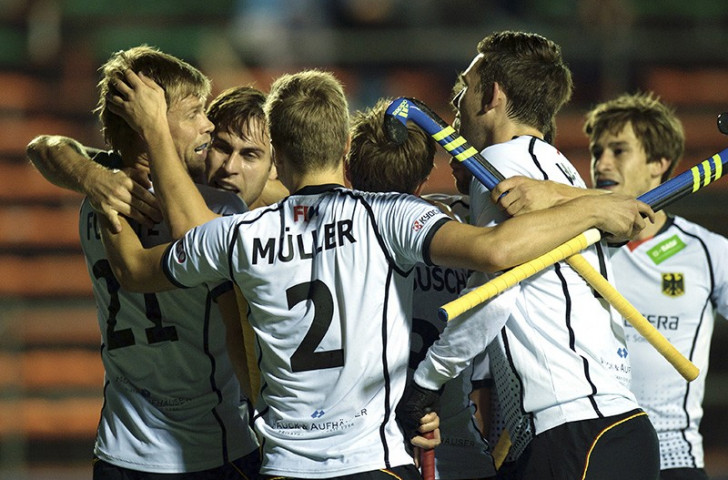 Olympic champions Germany got their Hockey World League semi-final campaign off to a winning start with a comfortable 4-1 victory over Spain in Buenos Aires.

The Germans looked in commanding form from the start and they took the lead after just 13 minutes when Moritz Fürste converted a well-worked penalty corner.

Linus Butt doubled his side’s advantage early in the third quarter before Mats Grambusch made it 3-0 just two minutes later to all but seal a comprehensive victory.

There was still time for Germany to add a fourth and it came thanks to Christopher Rühr before Spain scored a scant consolation in the final stages of the match through Alvaro Iglesias.

In the other match in Pool B, Canada continued their excellent start to the event in Buenos Aires with a dominant 3-0 win against Austria.

Mark Pearson, Devohn Norohnha Teixiera and Matthew Sarmento all managed to get on the scoresheet as the Canadians claimed their second consecutive success, condemning the Austrians to yet another defeat.

Elsewhere on the second day of the competition, which forms part of the Olympic qualification process, London 2012 silver medallists The Netherlands won their first outing in the Argentinian capital as they thumped Egypt 4-0.

Following a frustrating start, in which the Egyptians showed their dogged resilience and kept their opponents largely at bay, Bob de Voogd broke the stern resistance down with the opening goal on 26 minutes.

That seemed to deflate Egypt somewhat and Seve van Ass took advantage to extend The Netherlands’ lead to 2-0, before Mink van der Weerden’s added a third.

The rout was complete when De Voogd claimed his second of the match to ensure the first-ever meeting between the two sides went the way of the Olympic runners-up.

New Zealand also maintained their 100 per cent start as they beat Japan 2-1 in what was a tight contest.

Steve Edwards put the Black Sticks in front early on and captain Simon Child then put his side two goals to the good shortly after, and although Japan did hit back through Kenji Kitazato, New Zealand were able to see the match out to secure their second straight win.