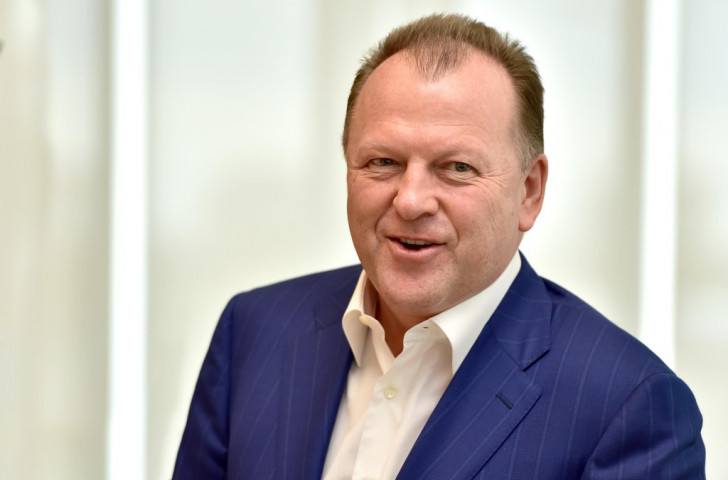 Former SportAccord President Marius Vizer has taken a fierce swipe at Association of Summer Olympic International Federations (ASOIF) counterpart Francesco Ricci Bitti, accusing him of being a "messenger" for other organisations who has left "gaping holes" within ASOIF.

Vizer, who resigned the SportAccord Presidency last Sunday (May 31), after losing the support of much of the sports world following his criticisms of the International Olympic Committee (IOC) and its President, Thomas Bach, was responding to a letter sent by the Italian on Monday (June 1).

As he has on several occasions since Vizer spoke out against the IOC in SportAccord's General Assembly in April, Ricci Bitti claimed the organisation was "never given the right to be the representative of the IFs with the IOC", and that many of Vizer's remarks were "misplaced".

He spoke of his "regret that you [Vizer] decided to disregard the advice I offered to you on many occasions", adding how it is his "duty to note that your criticisms of the honour of those of us who work very hard on behalf of sport simply because they don’t agree with you are undeserved and disrespectful".

But, in an impressive sign of his spirit following his resignation, Vizer hit back with an astonishing tirade in a letter dated yesterday, obtained by insidethegames and sent to Ricci Bitti and all the International Federations.

After explaining how he had hoped to have "closed a chapter" by resigning, he has instead opted to reply because "you insist on keeping alive the 'movie of your life'."

In a three page letter dripping with sarcasm, he suggests how the time and manner of his own words were not befitting of the "noble values" of the Olympic Movement, before accusing Ricci Bitti, who also leads the International Tennis Federation (ITF), of "failing to read the dictionary" when claiming Vizer was speaking without a mandate.

The official is also described as a "messenger" for others - presumably the IOC - who is at risk of being "deemed ridiculous along with those who dictate/inspire your letters".

"You are right, we are indeed different," he continues.

"Unlike you, I am writing my own letters, and I have and always had the courage to express what I think is good for sport.

"But we also have something in common ­‐ we both work voluntarily for sport (I sincerely hope you do)."

Vizer then claims Ricci Bitti has acted "un-democratically" as ASOIF President, citing his alleged failure to consult the IFs before agreeing to the IOC revenue plans for the Olympic TV Channel.

A supposed lack of openness in ASOIF finances and projects is also slammed, particularly the "unfortunately titled" ISIS (Shared IF Data Platform) project launched three years ago, but about which we "are yet to see traces of the final product or its structure".

"I ask you, what services has ASOIF ever offered to its members, apart from dissemination of funds received from  the IOC for every Olympic Games cycle?" he adds.

"Even a bank does that."

He concludes: "I would also ‘advise’ you that after finishing your mandate as ITF President, you should continue to
dedicate yourself to your sport and try to remedy all the holes that you left behind during your mandate as the President of a federation ruled by other organisations."

The letter is likely to be interpreted as another example of Vizer's stubborn belligerence and refusal to back down.

Yet it also poses important questions and it will be interesting to see if, as Vizer claims, any other bodies now take up his mantle and make similar remarks to ASOIF or the IOC, either in public or behind closed doors.

Meanwhile, a replacement President of SportAccord is expected to be appointed on an interim basis here following a Council meeting on Monday (June 8).

Senior vice-president Gian Franco Kasper is set to be offered the post, but it remains unclear whether he will accept it.

Related stories
June 2015: Kasper set to be appointed SportAccord President following Council meeting
June 2015: Nick Butler: IOC has seen off Vizer but can now expect more scrutiny
May 2015: Vizer resigns as President of SportAccord
May 2015: ASOIF President Ricci Bitti urges Vizer to stop speaking on behalf of International Federations
May 2015: Introduction of Olympic prize money among radical proposals made by Vizer ahead of proposed meeting with Bach