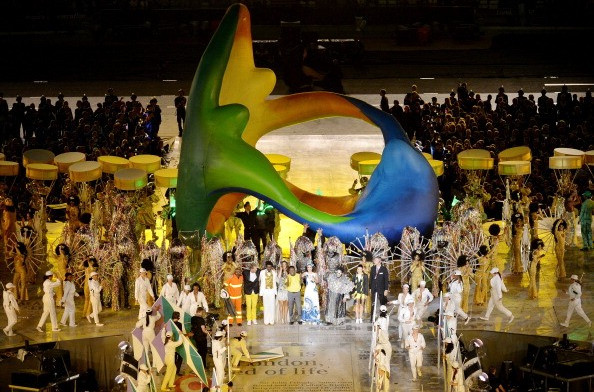 The Italian-based company will produce the spectacle ahead of the final between Spanish giants Barcelona and Juventus of Italy, which takes place in Berlin’s Olympiastadion tomorrow.

It will include 400 voluntary performers and it is claimed that it will reflect the culture and history of the European city.

The Opening Ceremony will last around nine minutes before the player’s enter the field and it is set to incorporate performers, dancers and singers.

Wanda Rokicki, who had a hand in the Opening and Closing Ceremonies at the 2004 Olympic Games in Athens and last year’s Champions League final in Lisbon, is the choreography designer and soprano Nina Maria Fisher and tenor Manual Gomez Ruiz will sing the hymns.

“We are proud of working with UEFA again after the Euro 2012 ceremonies,” Filmmaster Events general manager Andrea Francisi said.

“It's a big honour and a responsibility to work on the most awaited finals of the year, which is so important to football fans all over the world.

“The fact that an Italian team is playing makes the pressure even bigger.

“We have a passion for sport ceremonies.

Circo de Bazuka meanwhile are an award-winning entertainment company and they have worked with both FIFA and UEFA before, along with clients such as Adidas and Bell Canada.

“It confirms the trust of the institution since 2012.

“The heart of the event is always the game, but the Ceremony is its soul.

“This year we raise the bar and bring the Ceremony to the next level with spectacular props and mass choreography.”

The final itself provides Barcelona and Juventus with the opportunity to secure a treble after both teams won their respective domestic league and cup double.

Barcelona, led by Luis Enrique, will be aiming for a fifth crown while Massimiliano Allegri will be hoping to guide his Juventus side to a surprise win in the German capital.

A teaser video can be downloaded here.