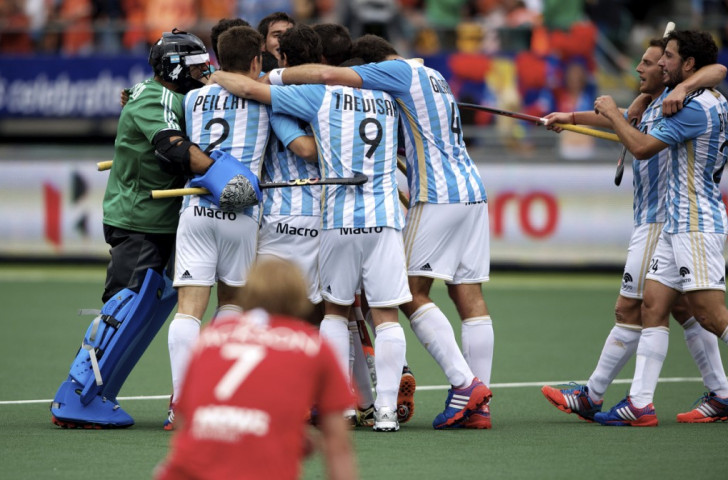 Host nation Argentina surged to the top of Pool B at the men’s Hockey World League semi-final event with a comfortable 3-0 victory over Austria on the opening day in Buenos Aires.

Ignacio Ortiz broke the deadlock midway through the first period by converting a penalty corner and the home side doubled their advantage in the 45th minute thanks to Lucas Vila.

The confident performance from the Argentinians was rounded off in the dying embers of the contest by Nicolas Della Torre, who added a late third to seal a dominant start for his team.

There was an upset in the other match in Pool B as Canada shocked highly-fancied Spain with a battling 3-2 victory.

Gordon Johnston got the Canadians off to the best possible start as he found the net after just six minutes, before James Kirkpatrick extended their advantage to leave Spain on the ropes.

The Spanish outfit halved the deficit when Mario Fernandez sublimely finished off a well-worked penalty corner, however their hopes of a comeback were short-lived as Devohn Noronha Teixiera reinstated Canada’s two-goal lead.

The match provided the spectators with a dramatic ending as Albert Beltran pulled one back to set up a tense finish, but Canada held on to condemn Spain to an unlikely defeat.

In Pool A, South Korea fought back from 2-0 down with four unanswered goals to beat a shell-shocked Japan.

The Japanese side struck twice in three minutes as Kenji Kitazato and Hiroki Sakamoto looked to have set their team well on the way to an opening day victory, but the resilient Koreans had other ideas.

Lee Namyong’s individual double restored parity for Korea, before goals from Jang Jonghyun and Hyun Hyesung secured a remarkable turnaround to send them into second place in the group.

New Zealand were also victorious in Pool A as they cruised to a trouble-free 4-1 win against world number 20 ranked Egypt, in which Kane Russell, Simon Child, Hugo Inglis and Nick Haig all found the net.

Mahmoud Mandouh scored a consolation goal late on but it mattered little as New Zealand claimed their first win over Egypt.

The tournament, which forms part of the process for Olympic qualification in Rio de Janeiro, continues tomorrow when Olympic champions Germany take on Spain and Canada face Austria.

In the other Pool, The Netherlands make their first appearance at the tournament when they entertain Egypt, and Japan play New Zealand.