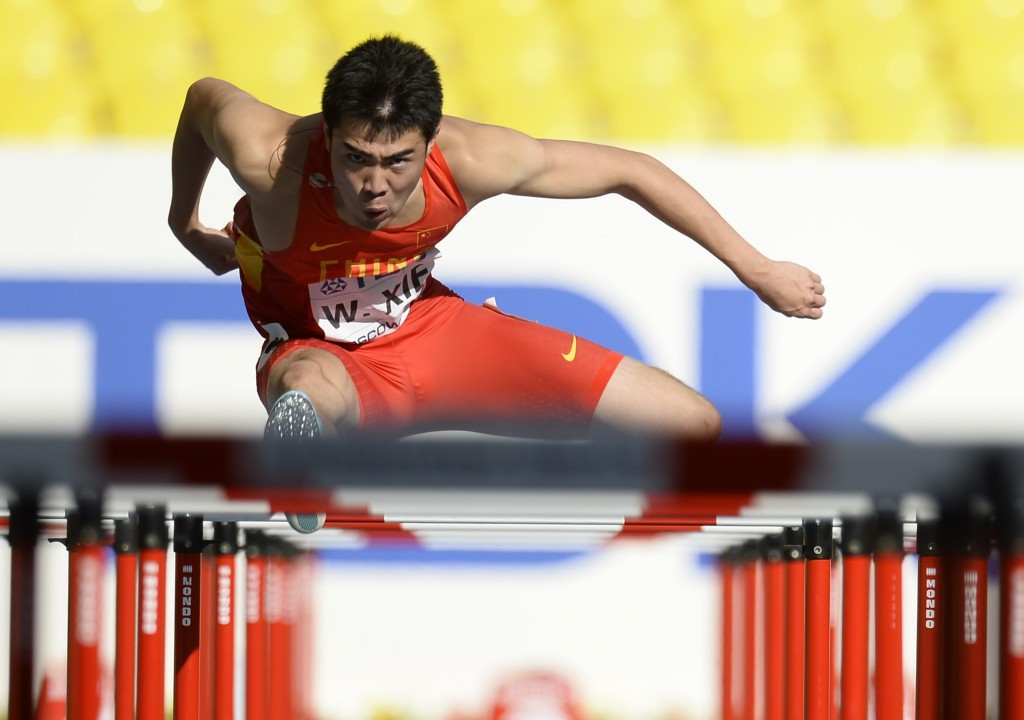 Hosts China secured half of the gold medals on offer as the Asian Athletics Championships began in the city of Wuhan, including securing both men's and women's sprint hurdles events.

For the past three editions of the Championship Chinese athletes have won the 110 metres hurdles title, with the recently retired Liu Xiang winning in 2009 and 2011 gold, before being succeeded by  Jiang Fan at the 2013 Championships in Pune, India.

Xie Wenjun ensured China’s continental dominance in the discipline continued by posting a time of 13.59sec to clinch gold in Wuhan, just four days after competing in the International Association of Athletics Federation (IAAF) Diamond League event in Eugene.

Kuwait’s Yaqoub Al-Yoha, the second fastest qualifier for the final in 13.66 was disqualified, with his compatriot Abdulaziz Al Mandeel and South Korea’s Kim Byoungjun taking advantage by winning silver and bronze in 13.67 and 13.75 respectively.

Wu Shujaiao added to the Chinese gold medal tally by winning the women’s 100m hurdles in 13.12 as Kazakhstan’s Anastassiya Pilipenko replicated her silver medal winning performance from two years ago in 13.44, while India’s Jayapal Hemasree competed the podium in 14.01.

In addition to their superiority in the sprint hurdles events the home nation also enjoyed success in the field events as Lu Minjia posted a season’s best jump of 6.52 metres to secure the women’s long jump title, and Liu Tingting was crowned women’s hammer champion after a winning second round throw of 68.24m.

Reigning champion Betlhem Desalegn prevented a fifth Chinese gold by earning the narrowest of victories over Zhao Jing in the women’s 1500m.

India’s Inderjeet Singh proved to be one of the top performers on the opening day by producing four throws over 20 metres to dominate the men’s shot-put, including a Championship record 20.41m.

Uzbekistan’s Svetlana Radzivil leap of 1.91m in the women’s high jump saw her earn gold, having finished as the runner-up two years ago.

In addition to the home crowd witnessing eight medal events, Qatar’s Femi Ogunode treated athletics fans to a fine display of sprinting, as the Nigerian-born athlete set a Championship record time of 9.97 to advance to the men’s 100m final, in which he will be a clear favourite.