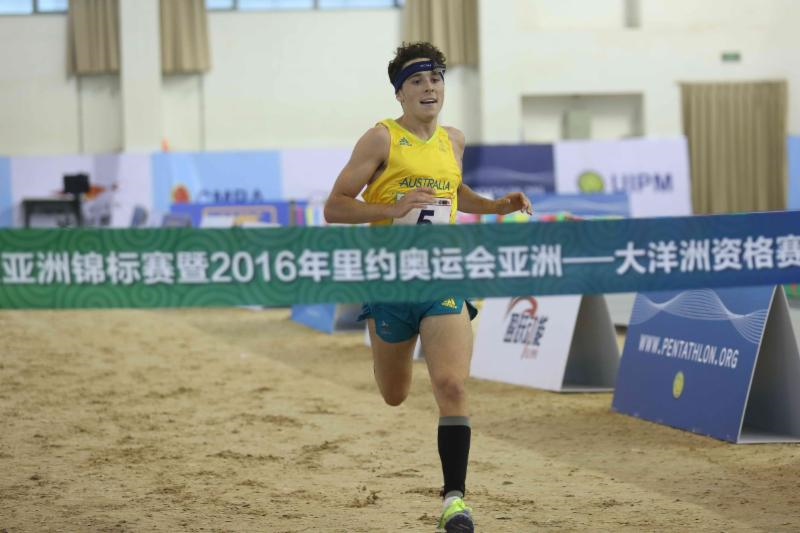 Siblings Max and Chloe Esposito have bcome the first members of Australia’s team for next years Olympics in Rio de Janeiro after securing qualification berths with excellent performances at the International Modern Pentathlon Union (UIPM) Asian and Oceania Championships in Beijing.

Max, the younger of the two siblings at 17, produced solid performances in the opening fencing and swimming disciplines in the Chinese capital before a third place in the riding event moved him to fifth position in the overall standings.

The Australian began the combined run/shoot event just 24 seconds off the lead and quickly closed the gap with accurate shooting and fast running to complete the event in 10min 45.29sec and take the title with 1,508 points.

As the top six finishers were guaranteed Olympic qualification,  the competition behind Esposito was fierce, with South Korea’s Woongtae Jun and Donggi Lee booking their places at Rio 2016 by finishing second and third respectively on 1496 and 1484 points.

Max Esposito will be making his Olympic debut at Rio 2016 but his father Daniel competed at the 1984 Los Angeles Olympics and his sister Chloe finished in seventh at London 2012.

Chloe booked her place at her second consecutive Games with a fourth place finish in Beijing, but China’s Qian Chen proved to be the dominant athlete, in front of her home crowd to take the Asian and Oceania Championship title.

Chen followed up her third place in the fencing round with a fifth and second place finish in the swimming and riding events to build a commanding lead over her competitors.

She completed the combined run/shoot event in a disappointing 12min 36.42sec but her total points score of 1,402 proved more than enough to secure the victory ahead of South Korea’s Sunwoo Kim, who scored 1,387 points.

As with the men’s competition, six Rio 2016 qualification berths were up for grabs, with China’s Wanxia Liang, Japan’s Natsumi Tomonaga and Kazakhstan’s Elena Potapenko joining Chen, Kim and Espostio in Brazil next year.