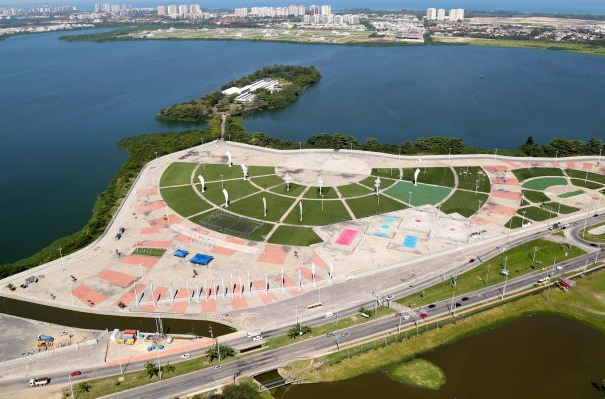 A museum dedicated to Brazil’s Olympic history will be built in Rio de Janeiro on a new site which will also feature the Brazilian Olympic Committee (COB) headquarters, it has been announced.

The museum will be constructed on the Ilha de Pombeba in Barra da Tijuca, located just behind the Athletes' Village for next year’s Olympic and Paralympic Games, following an agreement signed last week.

“I am certain that this will become one of the main tourist attractions in the city.”

The news follows an event in 2013 where photos, medals, torches and uniforms from previous Olympic Games visited the Brazilian city for an exhibition of some of the items which are now displayed at the International Olympic Committee’s Olympic Museum in Lausanne.

The development has been hailed by Rio 2016 and Brazilian Olympic Committee (COB)  President Carlos Arthur Nuzman, who hopes the project will provide another crucial legacy element for next year's Games, due to take place from August 5 to 21.

“The whole story of the Rio 2016 Games will stay in the Olympic Museum for future generations,” he said.

Brazil made their Olympic debut at the 1920 Games in Antwerp and they have competed at every Games since, except for the 1928 event in Amsterdam.

They have won a total of 108 medals, including 23 gold, and they have also sent teams to every Winter Olympic Games since Albertville in 1992.

After the agreement was signed by the COB, Nuzman held a meeting with members of Congress and President of the Chamber of Deputies Eduardo Cunha to update them on the progress of the Olympic and Paralympic Games preparations.

Rio de Janeiro's Mayor Eduardo Paes was also in attendance at the meeting, where topics such as changes in the law regarding broadcasting and advertising rights were discussed.

The gathering of some of the powerbrokers in Brazil along with Rio 2016 Organising Committee members was another example of the integration of the Government with the preparations for the Games, it is claimed.

“There are a series of measures that are necessary, some of which have already become law, and others which could become law,” Cunha said.