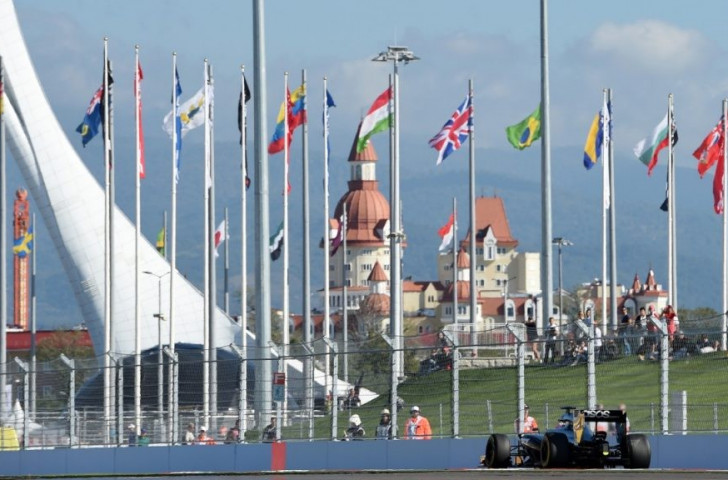 Organisers of the Russian Grand Prix, held at the Olympic Park built for Sochi 2014, have dismissed claims the company behind the event have gone bankrupt following reports in the Russian media.

It was reported on Monday (June 1) that Formula Sochi, tasked with promoting the first-ever Formula One Grand Prix World Championship round in Russia, held last year at Sochi Autodrom, which circles the indoor venues used during last year's Winter Olympic and Paralympic Games, had been declared bankrupt.

Race organisers have insisted that it was in fact Center Omega who are promoting the Russian GP.

In a statement, it has been suggested that the company “began to promote and organise the Grand Prix on its own” in March 2013, a year before Formula Sochi were liquidated.

“In August of the following year, OJSC 'Formula Sochi' was liquidated in accordance with the instruction of the Head of Administration of Krasnodar Region,” the statement read.

“This decision was made for the purposes of the complex implementation of the Formula 1 project and minimisation of the total expenses for the Russian Grand Prix, since OJSC “Center Omega” has been in charge of the construction of Sochi Autodrom and has been the holder of the race staging contract, it also has had the personnel and the finances required."

It is not thought the developments will have an impact on this year’s Russian GP, due to take place from October 9 to 11.

Tickets for the event went on sale in April, with grandstand prices, offering an excellent view to the most spectacular parts of the track, starting from RUB9,520 (£121/$178/€168).

Last year’s inaugural event formed part of the legacy of the 2014 Winter Olympic Games and was won by Britain’s Lewis Hamilton.

The race itself will remain on the Formula One calendar until 2020, with the possibility of a five-year extension following a deal signed by Russian President Vladimir Putin and Formula One chief Bernie Ecclestone.

The vast nation has very little experience in hosting Formula One races and a reported €183 million (£133 million/$150 million) was spent building the Sochi Autodrom, located on the Olympic Park.